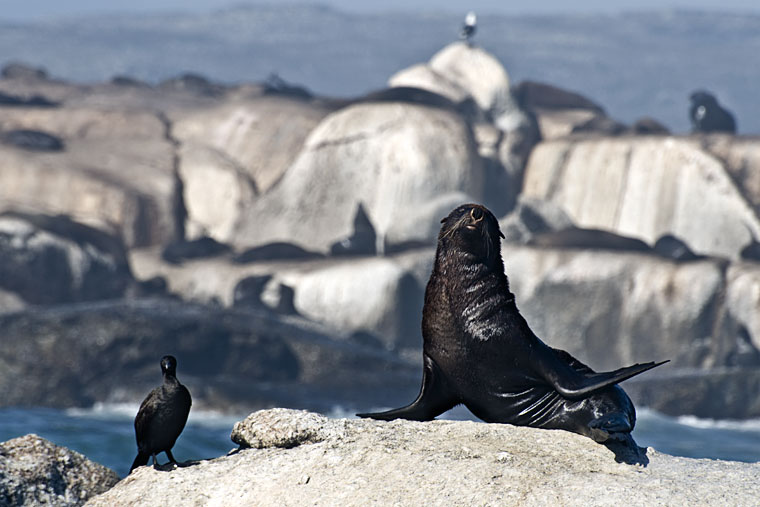 While in South Africa, doing the Cape Point Route, we stopped in Hout Bay to do a boat trip to Duiker Island, also known as Seal Island. There are hundreds of seals on the island and I wouldn’t like to swim in these waters since seals are one of the top items on the Great White’s menu.

For the surfers in you, Duiker Island is also the location of the famous surfing spot “Dungeons”, where the Red Bull Big Wave Africa takes place every year.