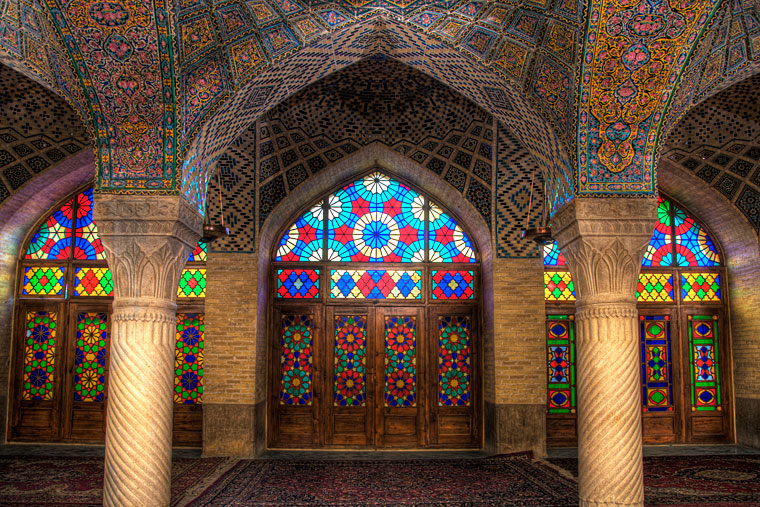 This week: Interior of the Nasir-Ol-Molk Mosque, Shiraz, Iran

Probably my favourite of the entire trip to Iran, this photograph shows the interior of the Nasir-Ol-Molk Mosque. The amount of detail inside this prayer room is amazing and the light was reflecting just right through the colourful glass.

This mosque was built at the end of the 19th century by one of the dignataries of the Shiraz region and it is one of the most photographed mosques of Iran.