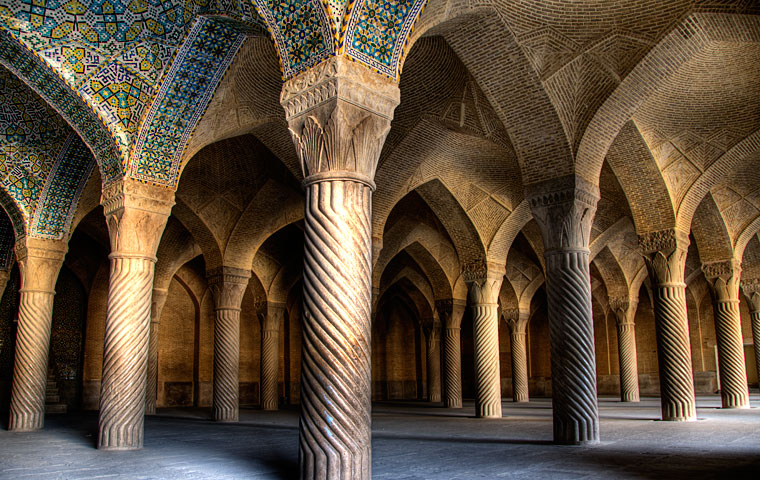 Since the previous post was about the columns and arches of the Sheikh Zayed Mosque in Abu Dhabi, I thought it would be interesting to show you the arches and columns of an old mosque I visited about a month ago in Shiraz, Iran. It’s not as flashy as the one in Abu Dhabi, but personally I think it still has a lot of charm.