Photo of the week – Stranded 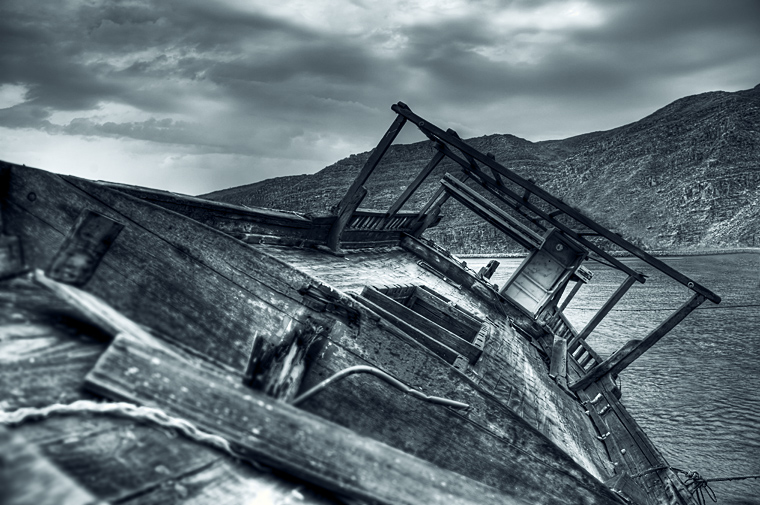 Stranded on the beach

This week: Old dhow stranded on the beach in Musandam, Oman

The stormy weather continued over the weekend in the Arabian Peninsula and on Friday we were up in Musandam to watch a surf ski race. The conditions for the guys paddling over 20km were not great with strong winds and rough seas. However it did make for some interesting photos which I will be posting in the next days. This particular shot is of an old dhow (traditional boat, for those of you not familiar with this part of the world) stranded on the beach at low tide. I’m not even sure if the dhow would float as it wasn’t in a very good shape. Again it’s an HDR shot processed from 7 different exposures and post-processed in Photoshop. I chose black and white for this one mostly because of the sky, since it was already quite gray. As always, it’s nice to hear what you think…