Photo of the week – The de Havilland Comet 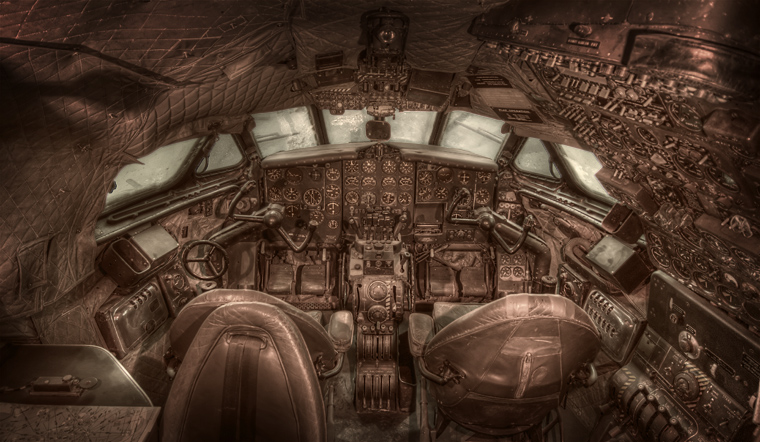 This week: The cockpit of the de Havilland Comet, Mahatta Fort Museum, Sharjah

As I mentioned on Twitter, I’ve got a couple more “bloggable” shots from my weekend visit to the Mahatta Fort Museum in Sharjah which I will be posting over the next couple of weeks. Don’t worry, I’m not turning the blog into a plane museum, but I really think that some of the history depicted in the Mahatta Museum isÂ very interesting, particularly for those of us that live in this part of the world.

Today’s shot gives you a glimpseÂ into the cockpit of the first ever jet plane to enter commercial service, the de Havilland Comet. It first flew in 1949 and in the Persian Gulf was operated by Gulf Aviation (now known as Gulf Air). The plane had its share of problems due to metal fatigue which, in 1954,Â resulted in a number of famous crashes. National Geographic’s “Air Crash Investigation”Â had an entire episode about the Comet disasters and althoughÂ I couldn’t find a link to that particular documentary,Â here are some extracts on YouTube.

UPDATE: The video I linked was rubbish! I just watched the whole thing now and it’s terrible! Try this one instead.