Photo of the week – Watching tennis 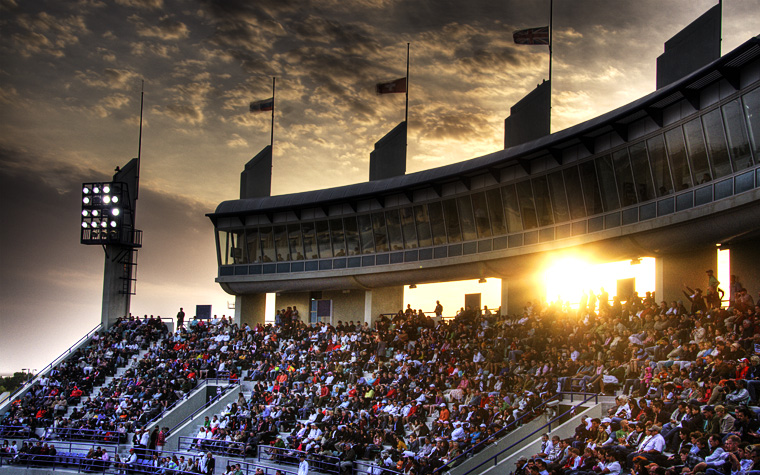 Last night we went to Abu Dhabi to watch the final of the brand new tennis tournament that kicked off the 2009 season. Although it’s not part of the official ATP tour it had 5 out of the top 8 players in the world including Federer and Nadal and it’s a great opportunity for these players to warp-up for the upcoming Australian Open. The final was between Nadal and Murray, with Murray winning in 3 sets and although this is not a shot of the actual match I thought the sun setting behind the stadium was looking quite catching.