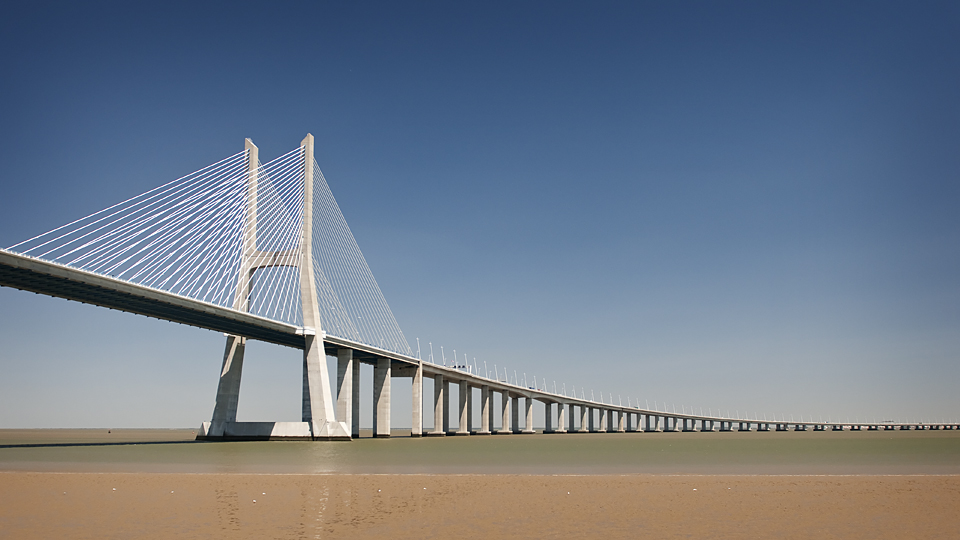 One of the sites I really wanted to photograph when I was in Lisbon earlier this month was Ponte Vasco da Gama, the 17.2km bridge that spans the Tagus River. At the time it was inaugurated (1998), it was the longest bridge in Europe and it’s opening coincided with Expo 98, the fair that celebrated 500 years since Vasco da Gama discovered the sea route between Europe and India.

The main part of the bridge is a very impressive site, with some great angles for photography and I have a couple of different shots that I’ll be posting from here, including one of some cool graffiti at a near-by skate-park.