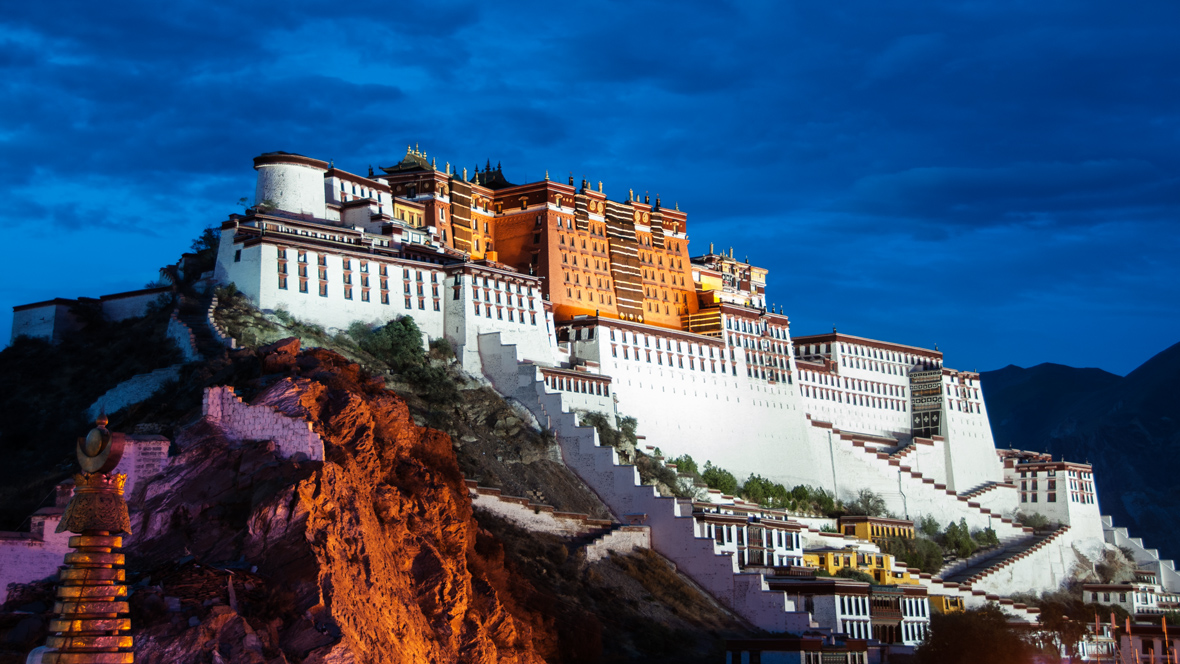 Tibet is such an interesting place, but unfortunately China is more and more visible, particularly in the capital, Lhasa. With the new train the time it takes to get from Beijing to Lhasa has been shortened from 7 days to 2 days. This brings an influx of Chinese workers trying to find jobs in Lhasa and this in turn affects the way the city is starting to look. There’s military checkpoints everywhere and while you don’t feel threatened in any way, you always know they’re there in case somebody says something “wrong” about Tibet.

Which brings me to today’s photograph. It’s of the world-famous Potala Palace, the residence and office of the Dalai Lama. However, because the Dalai Lama lives in exile in India, the palace is a museum where the current Dalai Lama is not even mentioned. Even our guide (who was Tibetan) was scared to talk about the Dalai Lama and has mostly talked about either the former Dalai Lamas (4 or 5 of them are buried here) or about religion. It’s a shame, because when you’re walking through the palace, you can just imagine how great it must have been when it was in use.