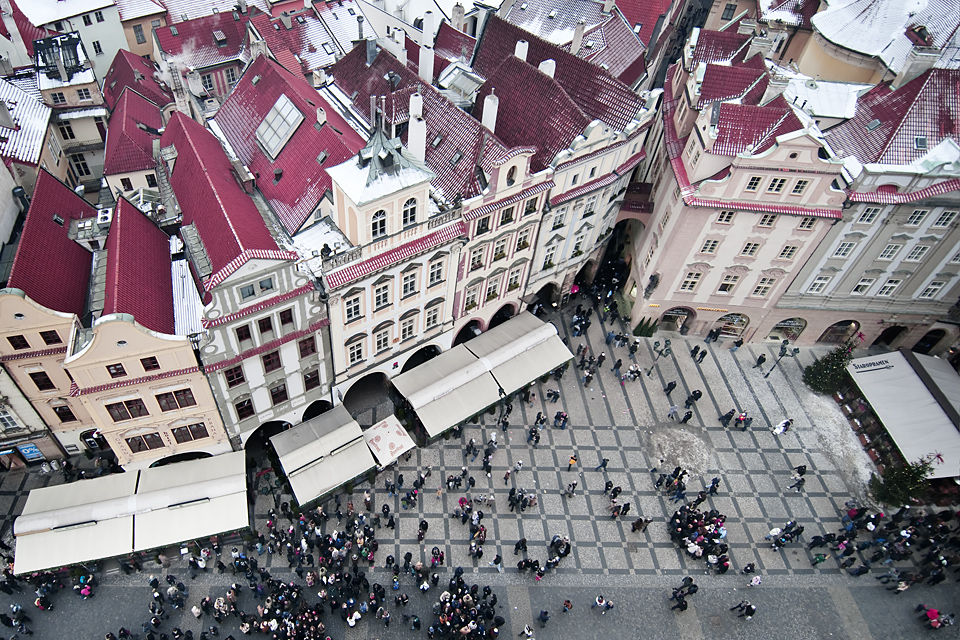 This is a view of the Old Town Square in Prague from the height of the Old Town Hall Tower. It’s one of the most visited sites in Prague and at any given time there are hundreds of tourists at the base of the tower waiting for the famous astronomical clock to ring in the new hour.

The tower was built in 1338 and later in the same century was joined with an adjoining house. The entire complex became known as the Old Town Hall. Today it is being used for wedding ceremonies and for hosting art galleries and exhibitions.