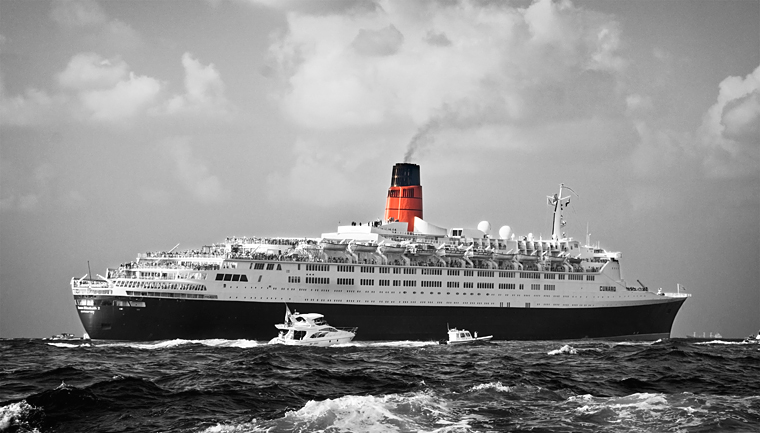 One thing is for sure… Dubai never gets boring! After seeing the fireworks from the most expensive party in the world last week at the opening of Atlantis hotel, today I was lucky enough to catch a ride on a friend’s yacht and got alongside a flotilla of boats to welcome the Queen Elizabeth 2 ship to her new home in Dubai. There were tens of boats out there and an Emirates Airbus A380 flew over for more than an hour welcoming the ship.

As for the photo, I don’t do much of black and white and colour mix in one photo, but I thought for this one, the red funnel is so emblematic and has so much controversy, that I just had to have it in colour. Let me know what you think.