0
The Americas  /  United States of America 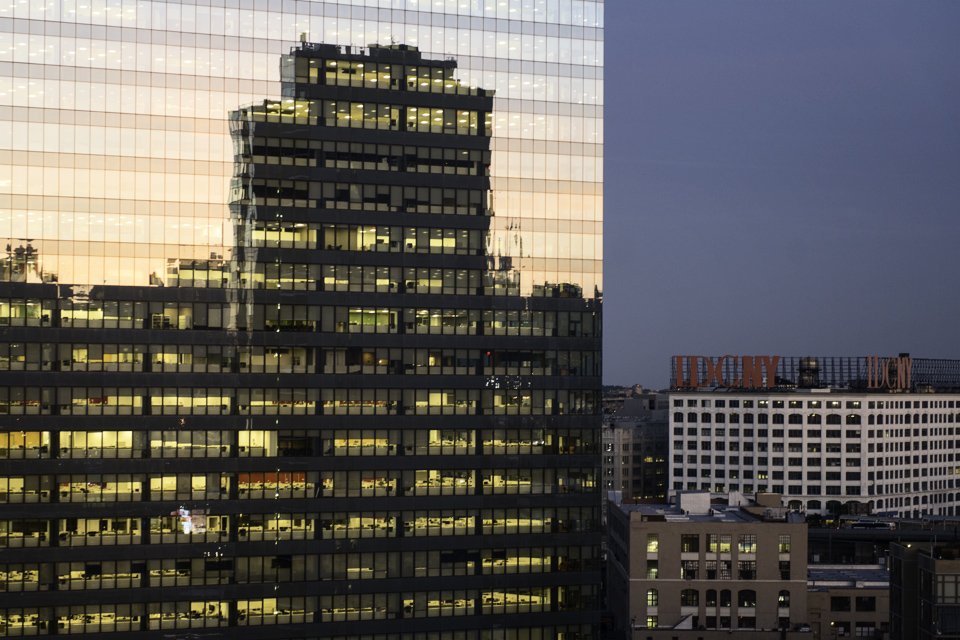 This New York shot was taken about fifteen minutes earlier than this shot, but only facing in the opposite direction. It was taken from a very cool roof in Queens and if I wouldn’t have turned my head for a few seconds, this reflection would have gone unnoticed as it only lasted for a few minutes.

There’s even a bit of a funny (if it wouldn’t actually be sad!) story about this building. Apparently it’s a building that houses a bunch of government agencies and although at the time I took the photograph most of the office workers had left, all the lights were turned on. It seems they stay on for the entire night (or at least very late into the evening) and I don’t think that sets a very good example about conserving electricity.