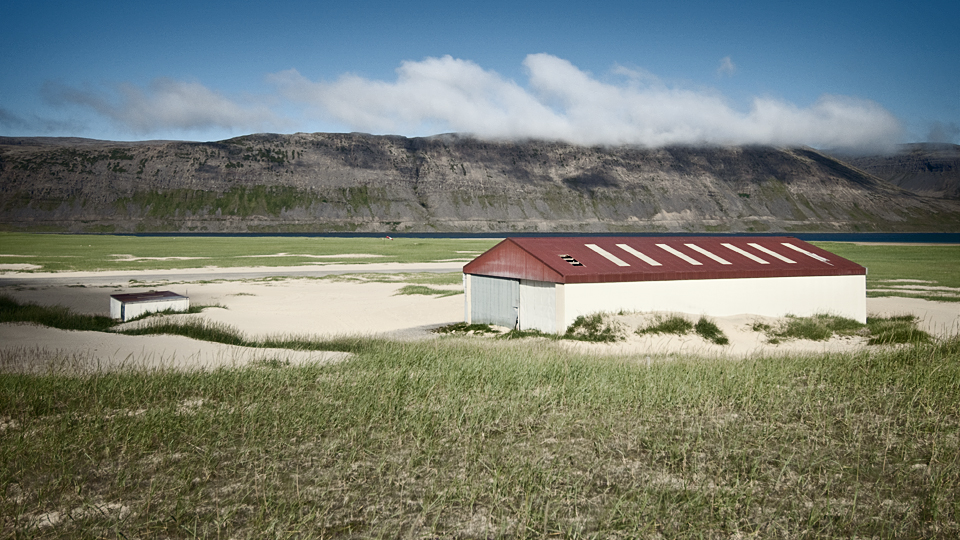 Did you miss Iceland? I certainly do! It was about this time last year that I was preparing for my trip to Iceland, getting all excited about all the places I would get to see and photograph. One year later, I still have images to post from that trip and if I could, I would jump on a plane to Reykjavik tomorrow! Iceland is probably one of the few countries that I wouldn’t mind visiting over and over again and I really want to make it there again in the near future!

I took the photo below in the West part of the country while exploring all the fjords, trying to see as much as possible and photograph as many locations as I could. Although it doesn’t look like much, this is actually a runway that gets used fairly often (well, often is a very relative term in these parts of Iceland!). It only has a couple of buildings which I’m guessing are used for storage and one lonely windsock visible in the distance in the center of the image.

On another note, on Friday I will be traveling for two weeks through Portugal and I’m really looking forward to it as I have heard great things! Have you been to Portugal? Any particular places I shouldn’t miss?