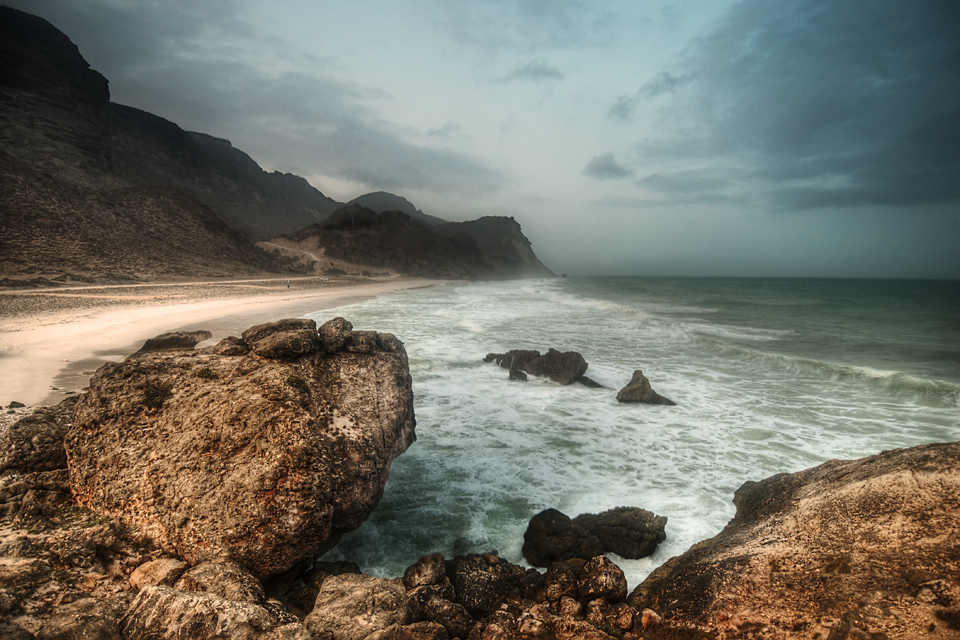 Those of you that follow me on Twitter or on Facebook will probably know already about the layout changes that I’ve been doing to the blog over the last couple of days. Most of these changes are cosmetic in nature (new layout for portrait images, a better navigation with drop-downs that give you direct access to each country I’ve blogged about, clear social media links and pagination links at the bottom). However, probably one of my favourite changes is the improved “show original image” feature. It is now driven by jQuery which makes a nice transition between the processed image and the original one. Go ahead, roll over the image below to see what I mean… I’ll wait! Also I encourage you to try the drop-down menus at the top. I didn’t even realize that I’ve blogged about over 30 countries in the last 4 years!

As for the image below, I hope you won’t mind me blogging another shot from Salalah, but tomorrow, Time Out Dubai comes out with a feature article on Salalah and the cover is one of my images. This was taken on a little secret beach about 60km south of Salalah that is not marked on any of the guidebooks I have about Oman. It’s one of those perfect beaches with a beautiful mountain backdrop and rolling waves as far as you can see.

The post-processing was a bit more complicated than usual as it was a difficult initial image. The air was very humid and hazy and I shot different exposures which I’ve combined into the final one, masking various elements and using masked curves to increase local contrasts (particularly in the rocks).