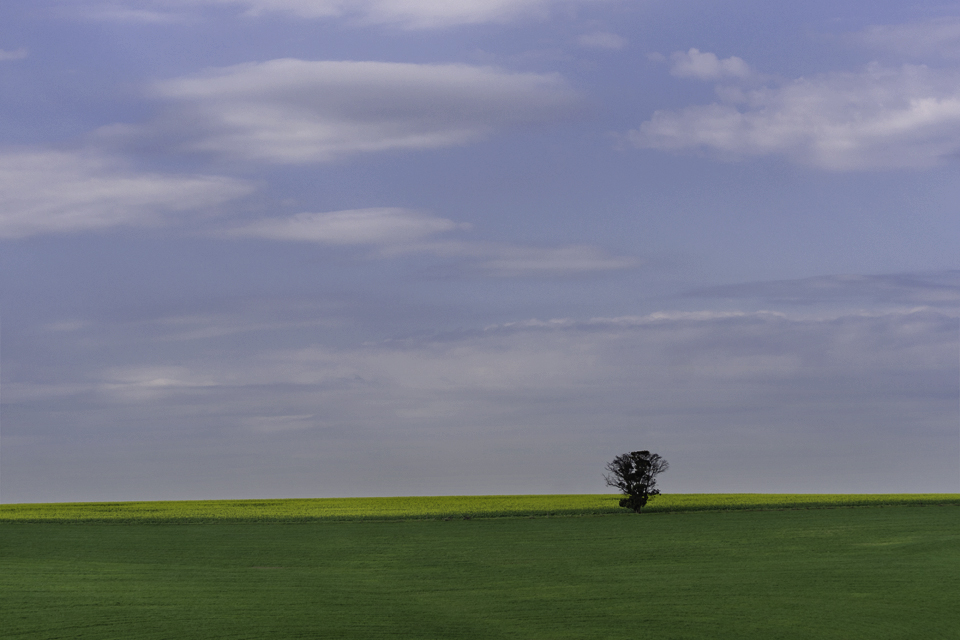 I am now back in the Dubai heat and I already miss the beautiful landscapes of South Africa. It truly is a very stunning country and you could easily spend months there exploring just the coastline. But today’s shot, as you can see, is not taken by the coast. It’s not too far from the sea, in between Gansbaai and Cape L’Agulhas where there’s mostly farmland with the occasional tree right in the middle of the field. This is probably my favourite image I took in South Africa this time around and it comes as a surprise as I didn’t think I would get such an image in a country where I was mostly focusing on photographing the sea.

The post-processing was fairly simple, but effective. If you roll-over the image to see the original straight from the camera, you will notice that I have noticeably darken the sky to bring out the clouds. I have also used a selective colour layer where I have increased the black in the cyans and blues. As always, I would love to hear what you think.