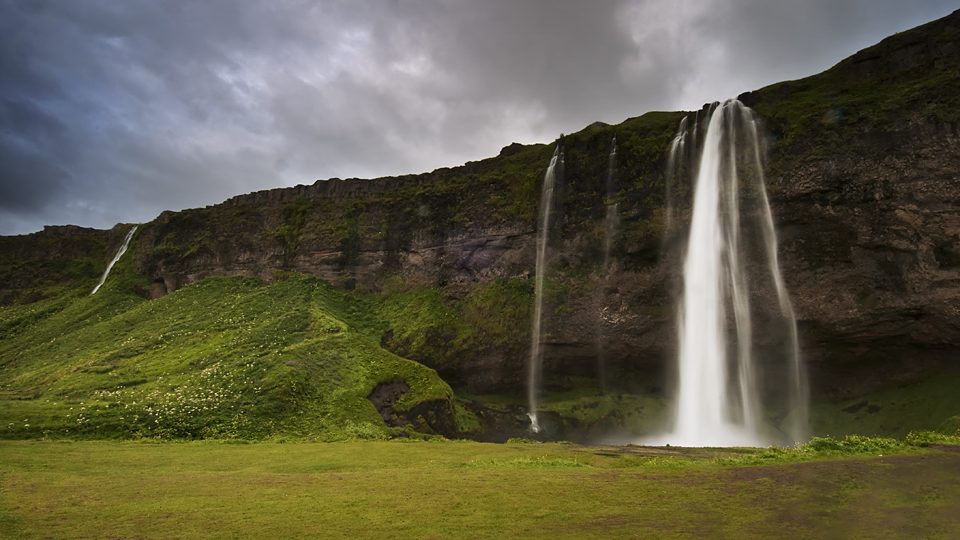 Seljalandfoss is one of the more impressive waterfalls in Iceland and unfortunately I only had about 10 minutes to photograph it as I was rushing to catch my flight back to London. To make things worse, Seljalandfoss is not an easy waterfall to photograph because there is a huge amount of water being sprayed all around it which gets your lens covered in water in about 10 seconds.

So the way I managed to take this photo was by keeping the camera pointing downwards until the last moment then frame the shot really quickly, wipe the lens dry and repeat. For this photograph I actually took a bracketed sequence of 3 shots and blended the sky from the -1E.V. exposure into the properly exposed one. This was mostly to try and get some sort of colour in the sky as the contrast between the sky and the mountain was just too big for my camera.

This is definitely a place that I would like to go back to and take my time to photograph as there are some really cool angles to cover. You can actually get behind the waterfall and if you’re there at sunset it would make for a great shot.