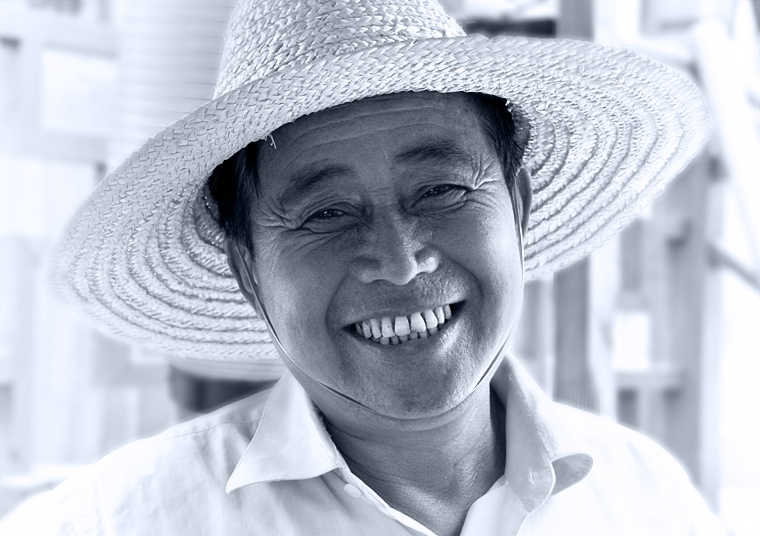 Those of you living in the United Arab Emirates are probably familiar with the “Smile, you’re in Sharjah” line that the lesser known emirate is using for the last couple of years. What some of you might not know is that this particular line is borrowed (dare I say, stolen?!) from an advertising campaignÂ promoting Spain. Not sure why this particular topic came to mind, but it’s probably because of today’s photograph. It was taken last year on the canals of the Qibao watertown, in the suburbs of Shanghai and features the broad smile of a local boat driver.

The reason why I was going through myÂ photographs from China is that on the 16th of JulyÂ we will be embarking on an interesting trip which I hope will be taking me from Kathmandu in Nepal to Moskow in Russia, via Lhasa (the Tibetan capital), Beijing, Ulan Bator and Irkutsk. The first leg of the trip has been planned and booked andÂ it will see us driving over 5 days from Kathmandu to Lhasa at altitudes between 3000m and 5000m, with the highest point being the Lablung-La Pass at 5050m. After a few days spent in Lhasa, we will take the highest train in the world for a 3 day ride to Beijing. From there, we still need to sort a few things out, so more details in a later post.