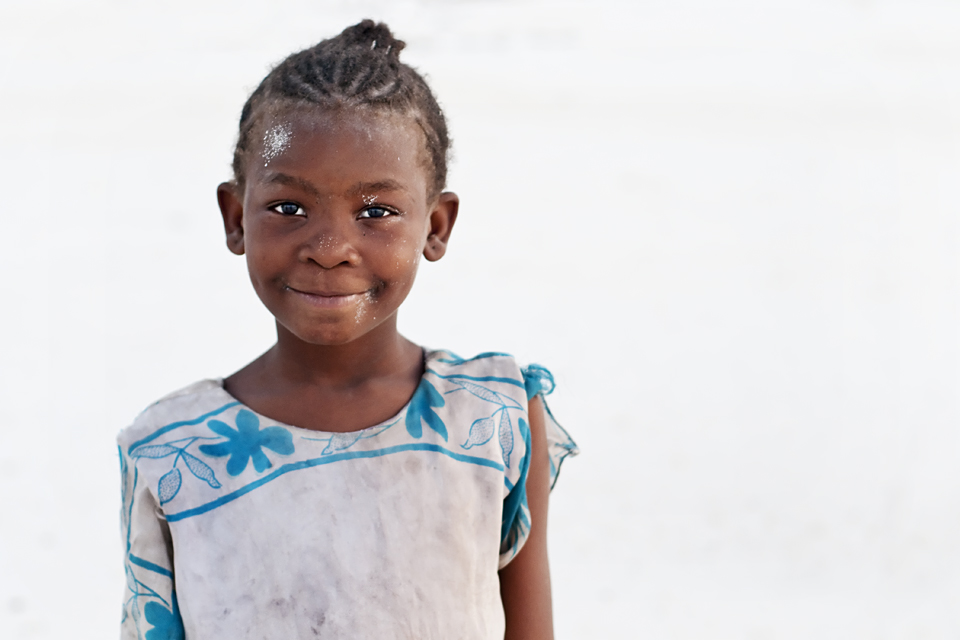 One late afternoon while in Zanzibar, I took my camera with me while walking on the beach, but instead of carrying my whole camera bag (with lenses, flashes etc.), I decided to approach the afternoon a bit differently. As some of you may know, I usually shoot with a D300s that has a battery grip attached to it. For that afternoon, I took the grip off and just took my 50mm F1.8 lens with me. For those of you that don’t know the 50mm F1.8 lens is a really small lens (and the cheapest I have). However, it produces beautiful results and I always love taking it out for a spin.

As for the girl in the photo, she was playing with a group of friends at the beach and at first they were all very very shy. After talking to them, they started relaxing a bit and I took a picture of myself just to show them how it all looks on the screen. They all started laughing at my photo and instantly wanted to jump in front of the camera just so they could see their own picture too! After that, all chaos broke loose with each kid trying to jump in front of everybody else, vying for a spot on the tiny LCD screen.