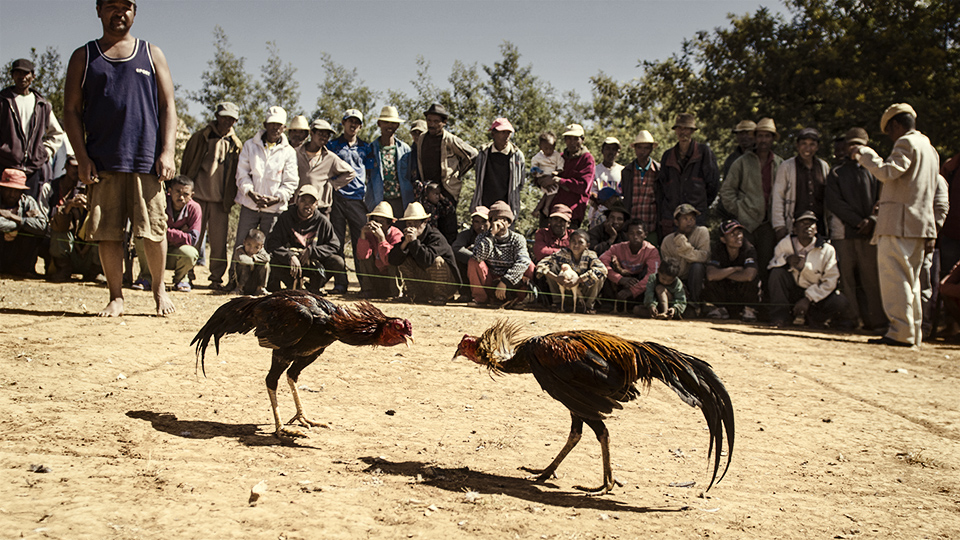 Let me start this post by saying that I really don’t approve these kind of spectator sports that involve animals fighting with each other. It’s a sad practice that has never appealed to me. However, I’ve seen it in many countries and Malagasy people (the people living in Madagascar) seem to have a particular affinity for cockfighting. I didn’t know this until I was writing this post, but apparently cockfighting has been around for quite a few hundreds of years, with the first mention in 1607 in a book by George Wilson.

I always find it interesting how much people get into it and every time I’m on the sidelines of an event like this I love photographing the crowd that gathers around as they are always so involved in the fight that they don’t even notice the camera.