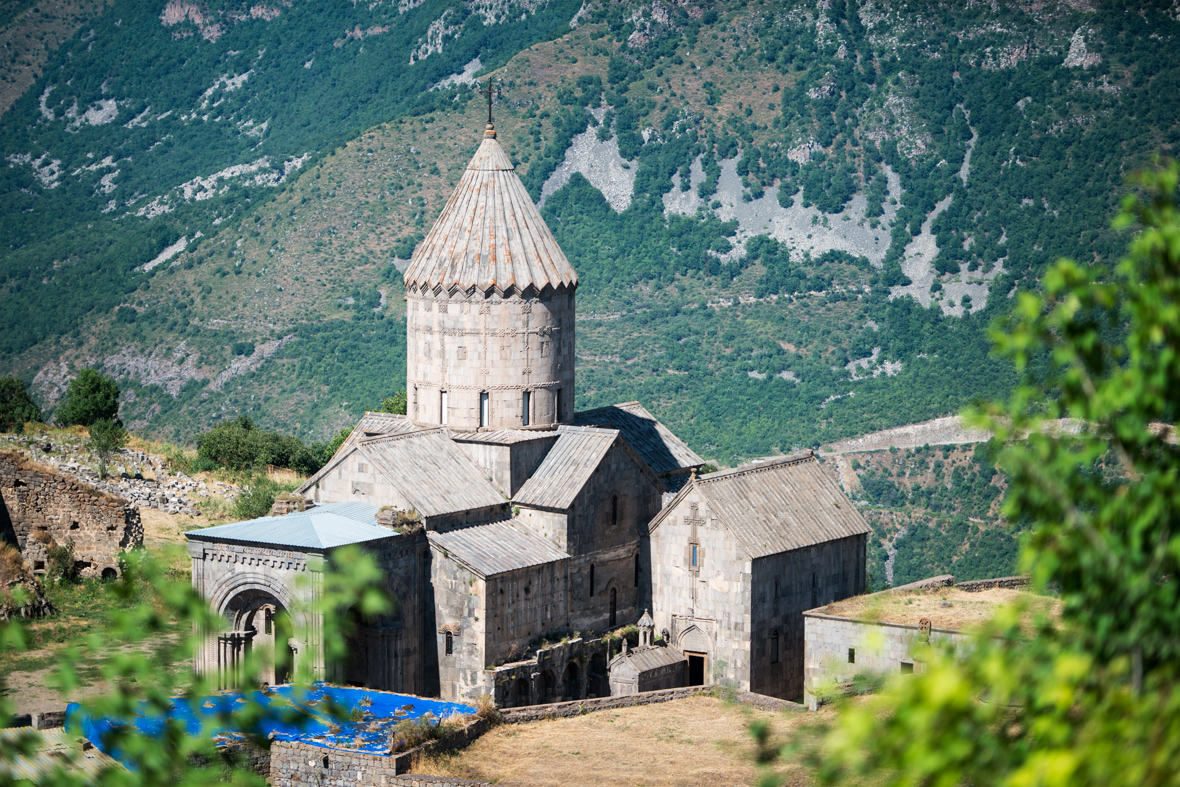 Leaving Iran behind, a couple of days ago we entered Armenia and the change is quite dramatic. These are two very different countries with different customs and different historical paths.

We wrote quite a bit about crossing the border from Iran into Armenia on the road trip blog here, but I thought I’ll also post an image from one of the first monasteries we visited in Armenia. It’s also one of the largest and most famous ones – the Tatev Monastery. It was built in the 9th century and stands on top of a cliff in the Southern part of Armenia. The site where the monastery lies has been used as a pagan temple in the pre-Christian times and then converted into a small church in the 4th century.

It’s a beautiful place for photographs, but unfortunately a very distracting blue sheet of plastic was put over a large area of the grass outside (you can clearly see it in the photo above).