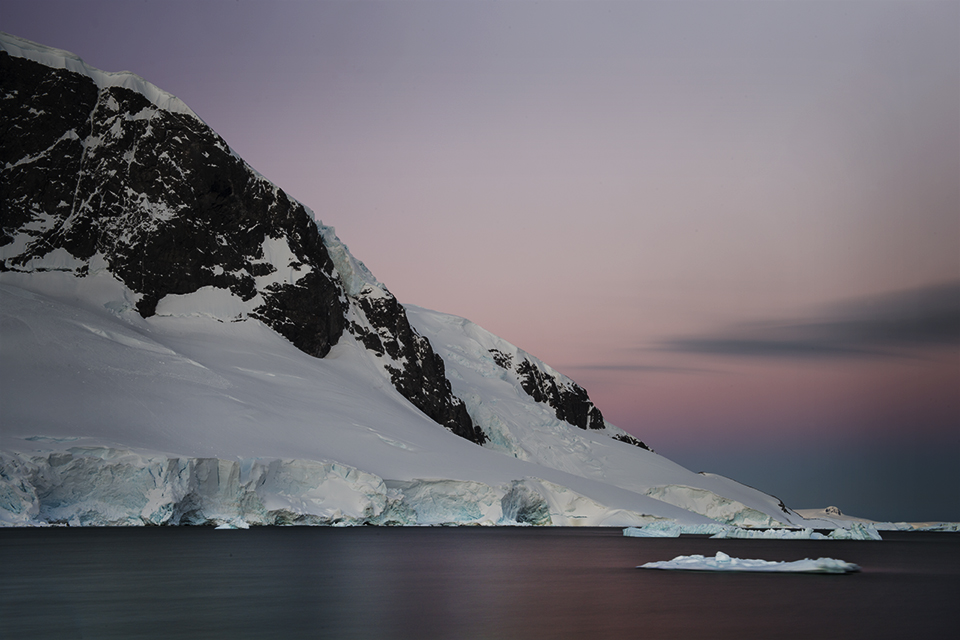 They say long stretches at sea can make you see things where things might not necessarily be and that might just be the case with this image. Let me explain…

As I mentioned before in this post, the Antarctica trip was a photographic adventure lead by David duChemin and part of this adventure were image reviews run every evening in the boat library, where the 6 of us with gather around a bottle of Argentinian red wine and discuss an image from each of us. When my turn came after the camping night we just had the day before, I presented this image thinking of it as a serene long-exposure photograph, shot in the late (or early depending on how you’re counting) night Antarctic light.

Little did I know that this would generate a bit of a debate between David and Sam, with both of them liking the image, but for slightly different reasons. David saw in this a fight between the chaotic part on the left of the photograph (which he called at some point “the claw”) and the quiet , floating iceberg on the left, while Sam just saw the entire image as a very peaceful scene. I still don’t know who was right or wrong and the more I think about it, the more I realize that they were both right. Because what I want to do with my photographs is to generate some sort of emotional reaction from the viewers and that response might not always be the same.

We all interpret things in different ways and that’s what makes this so much fun. It’s just like the song said: “If everybody looked the same, we would all get tired of each other”.