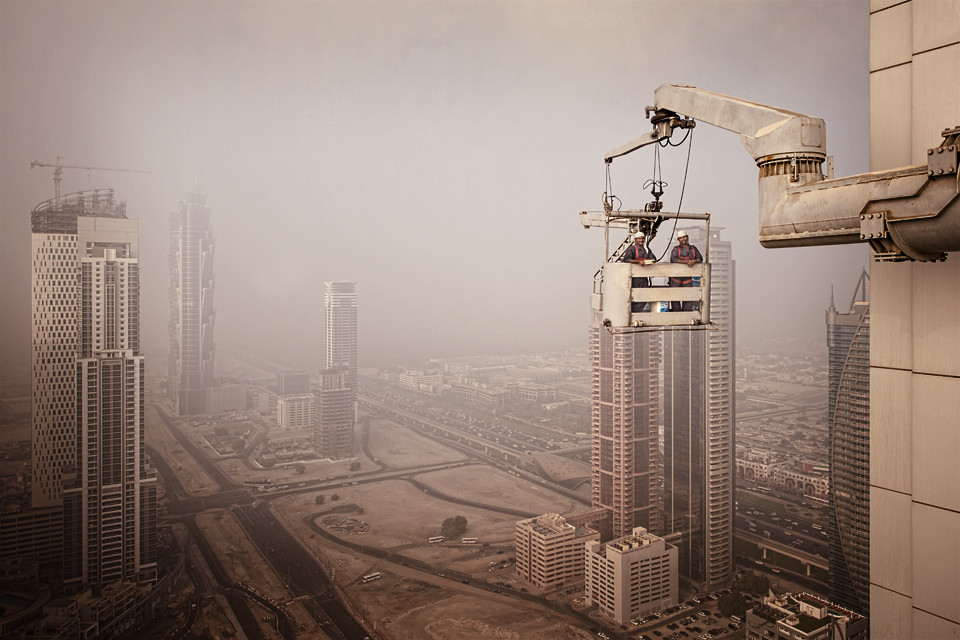 This morning, just like probably quite a few photographers based in Dubai, I went out at sunrise, chasing the fog. I was up before sunset and I had a couple of locations in mind as I know that fog can be tricky to capture. The first two locations didn’t really work as there was either too much fog or I was placed too low to capture anything interesting.

By 7am I was beginning to give up and thinking I’ll be going home with no image to show for. Enter the cleaning crew! I’ve met these guys before while shooting from the roof of this building in Business Bay and as luck would have it they were just beginning their shift so I’ve asked them if I could take some images of them. I ended up with a couple of images I really like and this one is the first from the series. I was very tempted to convert it to black and white, but then I decided on toning it a bit towards yellow, in line with the sunrise and the dust hanging in the air.