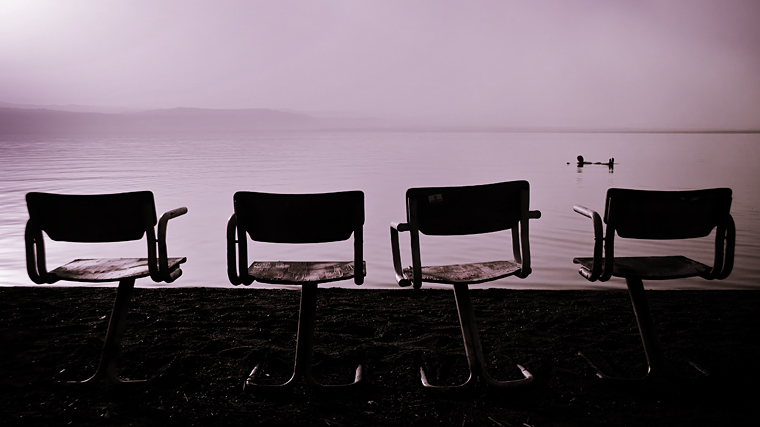 I can’t say that the Dead Sea (in Arabic: al-Bahr El-Mayyit) was one of the places high up on my list to see as I always thought that it surely must be a tourist trap full of people trying to photograph each other floating in the overly salty water while doing stupid things like reading the newspaper. I think I was more excited about the place being the lowest elevation on dry land in the world at -422m or being a natural border in such an unsettled region.

For once, I was right! It was exactly that… a tourist trap where you get charged 15 Euros for access to a desolate beach that didn’t have anything going for itself. Everything felt old and wrinkly (including the people!) and even the quality of the tourists was questionable. Yes, it was salty (33.7% salinity) and yes you float like a wine cork, but other than that it was a disappointment. Maybe if I could explore it for a few days at my own pace (including the Palestinian side of it), I would find things to write home about, but on the Jordanian side of the Dead Sea the landscape seemed quite bleak.

I guess what I’m saying is that the Dead Sea was DEAD.

Have you had a different experience at the Dead Sea? Anything I should know before I go next time (if ever!)?