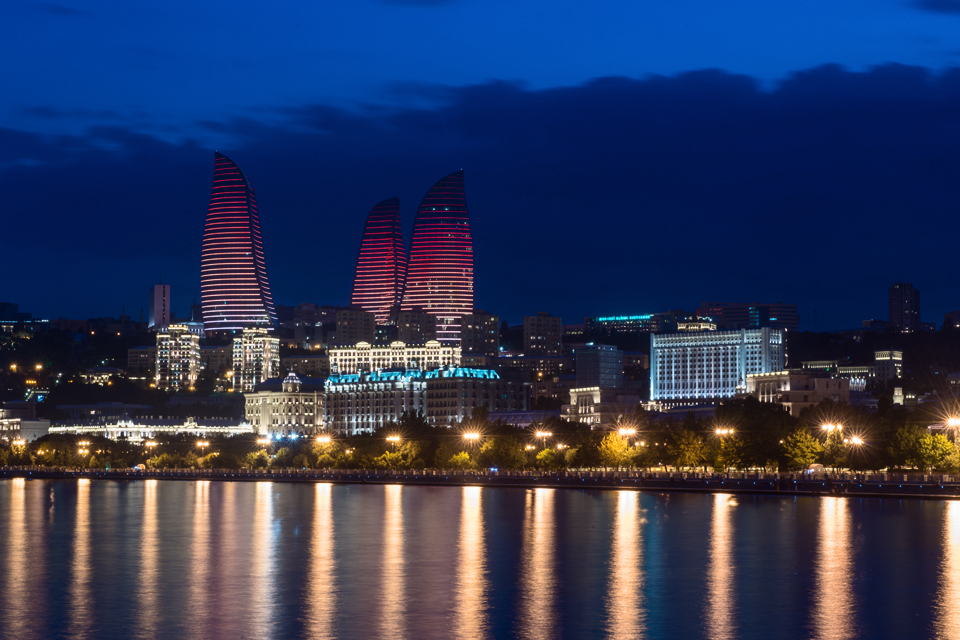 The Flame Towers are probably the most recognizable landmark of the capital of Azerbaijan, Baku. They stand above pretty much anything else in the city and because of their unusual shape, once you see them it’s impossible to forget them.

Like I said in one of my previous posts about Baku, the city is mildly obsessed with placing LEDs on buildings and although the practice is definitely overdone, it does make for an entertaining skyline. As for the Flame Towers they are 190m tall and they were completed in 2012. If you look at the original image, you will notice that I had to change the white balance quite a bit as the street lights (and the photograph in general) was overly yellow.