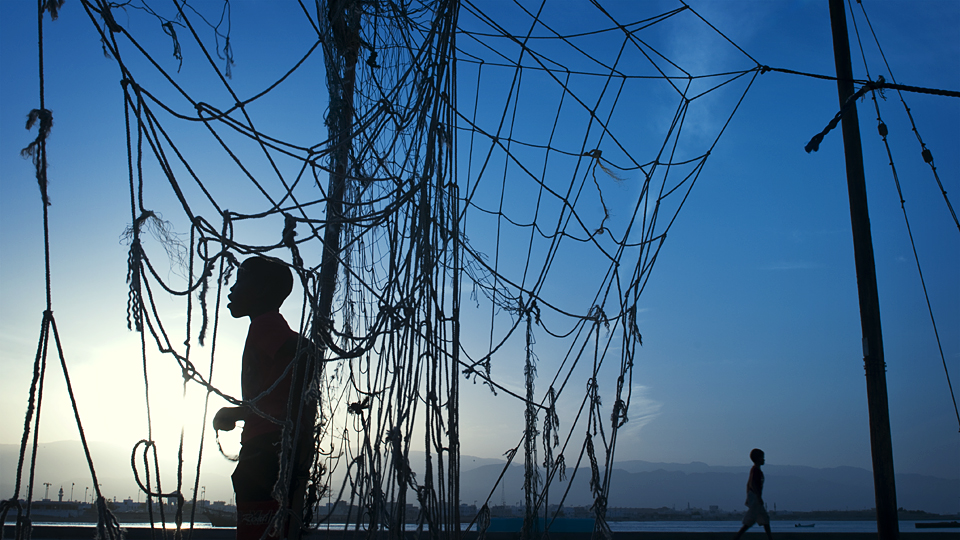 As I mentioned yesterday, one of the things I wanted to do while taking part in the Faces and Places workshop was to slow down the pace at which I’m taking photographs, trying to focus more in getting a story out of a place, rather then just rushing around shooting everything that I can find. Sur, the small Omani town where we spent the afternoon of the second workshop day gave me the perfect opportunity for that.

I have visited Sur before, but always in a rush with not a lot of time for taking photos. This time, I had my gear and all the time that I needed so as I came across a group of local kids playing football in the afternoon sun, I knew I wanted to spend some time sitting down watching them play and taking some photos. I also had an ulterior motive for photographing the football match – the previous day I was given an assignment by Bobbi and I was looking for an opportunity to shoot something that would cover the assignment, but more on that in a future post!

David‘s the one that actually spotted this particular angle of shooting the kids’ silhouettes through the goal net, but I tried to have my own interpretation of it and that’s why I shot at f/16 keeping most of the scene in focus. I was lucky to have the second kid pass by on the street, which I think gives the whole image a nice balance, but of course I would love to hear what you think.