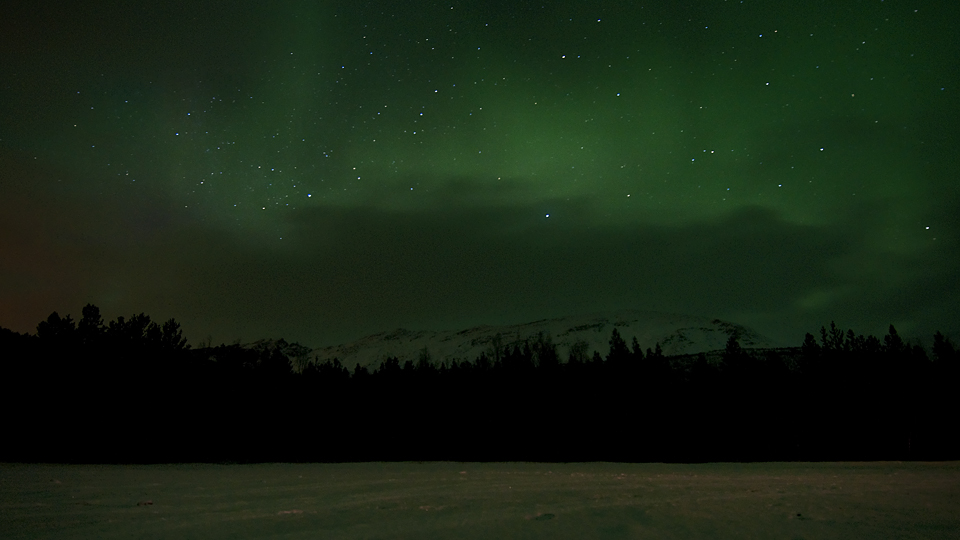 I’ve probably mentioned everything that I could describe in words in the first northern lights post about this spectacular nature show so instead of focusing on that in this post I will tell you a funny story about me photographing the northern lights two weeks ago.

I’ve been wanting to capture this on camera for quite a while now and I’ve done a fair amount of research into the appropriate exposure times asking how intense does the light get and so on. About a month before the trip I also decided to invest in a new tripod going for a really nice Gitzo carbon tripod and magnesium head with which I’m very happy. The northern lights would be a perfect test for the tripod so I happily packed it in my checked-in bags thinking I’ll get some killer, stable shots!

We arrive to Oslo, from Dubai, via Doha and after hanging around the baggage belt for an hour or so we get told that our luggage never made it. To complement this great news we also get told that the luggage cannot be found in the system and that Qatar Airways, the airline we flew there does not have flights to Oslo until only 2 days later. We head to the hotel in Oslo, trying to make alternate plans for the next 3 days of snowboarding (as all our snow gear was also checked-in), when later in the evening we get a call from the airport telling us that the luggage was found and further to that, Qatar Airways was clever enough to send it with a flight to Copenhagen and then from there get it transferred to a short flight to Oslo. It should be with us by the time we get to the hotel in the ski resort. Great! Problem solved! But wait, the story doesn’t finish here…

Three days later we get to TromsÃ¸ and I start carrying the tripod attached to my bag in the event that we stay late in town and the northern lights start showing up. This doesn’t happen in the first night and for the second day, we’re about to leave for the overnight camp to wait for the lights when I suddenly look at my tripod, look at my camera and realize that I have left the tripod plate in Dubai attached to my back-up camera! It’s very difficult to describe my feelings at that particular moment, but I’m sure you can guess.

As a result, all my northern lights images were taken by carefully balancing the camera on bags, snow or any rocks that I could find. I guess the moral of this story is, make the best of what you have with you and if everything else fails, just enjoy the show. 🙂