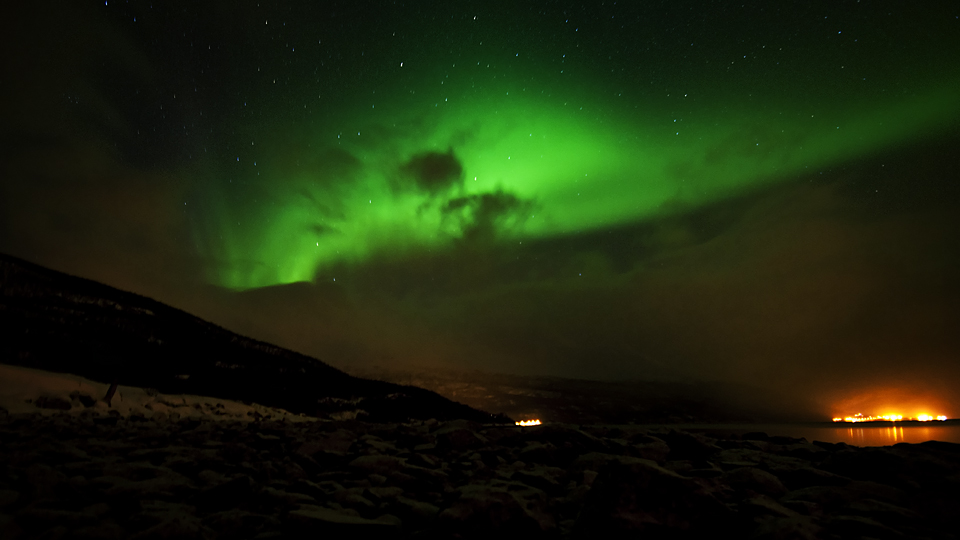 The heat is really getting to me at the moment in Dubai and that makes me dream of not the conventional “greener pastures”, but of colder pastures. Although, now that I think of it, greener pastures are also good! But enough with my heat-induced rambling!

Today’s photo, as you can clearly guess by looking at it, is of the aurora borealis. I took this one in February this year in the north of Norway and as you might have read in my earlier northern lights posts (here and here) my attempts at photographing the northern lights didn’t quite go according to plan. This is probably the last shot from the northern lights set until I get the chance to see them again.