The Norway of Arabia 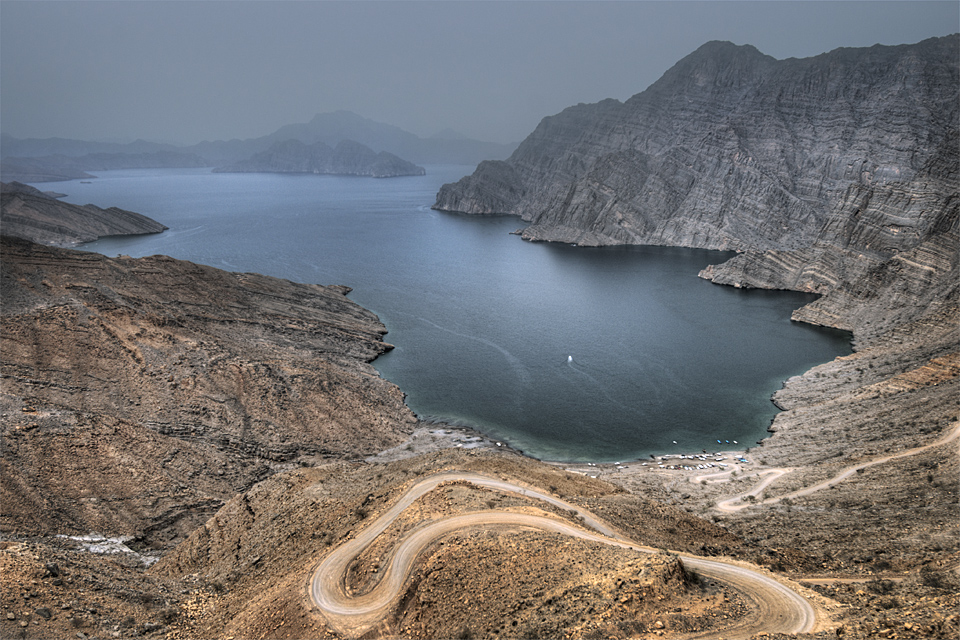 The Norway of Arabia

One of the hidden gems of the Middle East is the tiny Omani enclave of Musandam situated in the north of the Arabian Peninsula separated from Iran by the Straight of Hormuz. It’s a beautiful area, which because of its many fjords, has been called by many, the Norway of Arabia. I have visited this region a lot over the last 7 years and I have seen it grow in popularity to the point that nowadays you can often find a couple of big cruise ships amidst its waters.

Probably one of the more well-known viewpoints in Musandam is the top of Khor Najd, a beautiful little bay with a fierce, windy road making its way down the small harbour below. I was there earlier today and although the air was slightly misty, the view was as good as I could remember.

In terms of post-processing, this was a more complicated shot than usual, produced from 5 bracketed exposures, tone-mapped in Photomatix and then blended with some of the original exposures back into Photoshop. A couple of curves later and this was the final result! Make sure you roll-over the image to see the original one, straight out of the camera.

While we’re on the same topic, if you live in Dubai and would like to learn how to shoot and post-process images like this, there are still 2 spots left in the photography workshop I’m running next weekend.