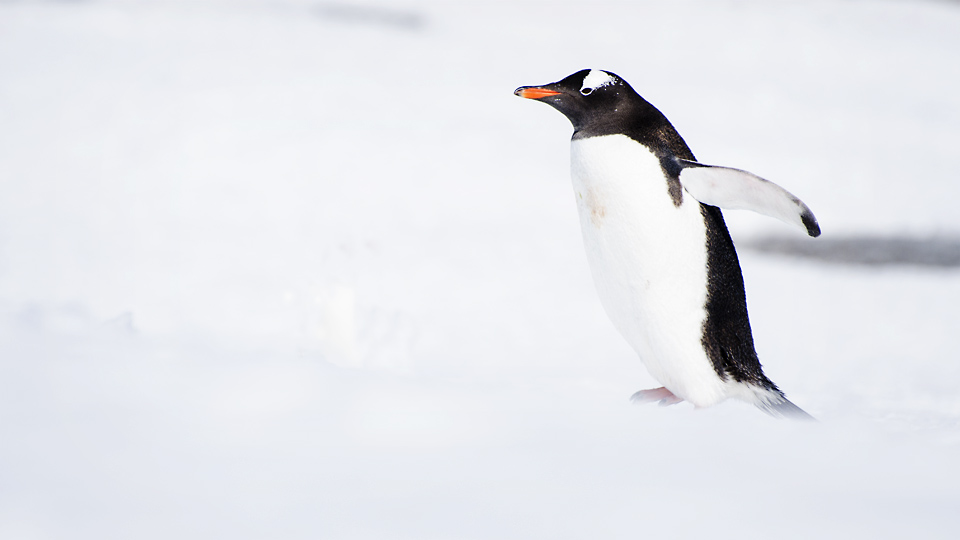 Being in Antarctica feels a lot of the times very surreal and nothing proves it more than the constant close proximity to penguins. Thereâ€™s a natural progression to your reaction to penguins throughout the trip. The first couple of days you keep staring at them and you cannot believe how close they are and how not interested they are in you. Youâ€™ll be sitting quietly by the water when all of a sudden youâ€™ll have a penguin almost jump on your lap as it gets out from the water. By the third day you become immune to them and it almost feels normal that thereâ€™s always a penguin around you.

During this trip I had my backup camera (a D7000) always on with a long 70-300mm lens just for photographing the penguins and the seals and this strategy really worked as itâ€™s a really light gear combination that tends to be very sharp.

I took the photo below in the first day when I managed to find a spot that was a little bit lower than the snow around so I could get my camera right at the ground level catching some of the fine snow that was getting blown by the wind. As for the penguin, itâ€™s called a Gentoo Penguin and is one of the more common species of penguin found at the northern latitudes of the Antarctic Peninsula.