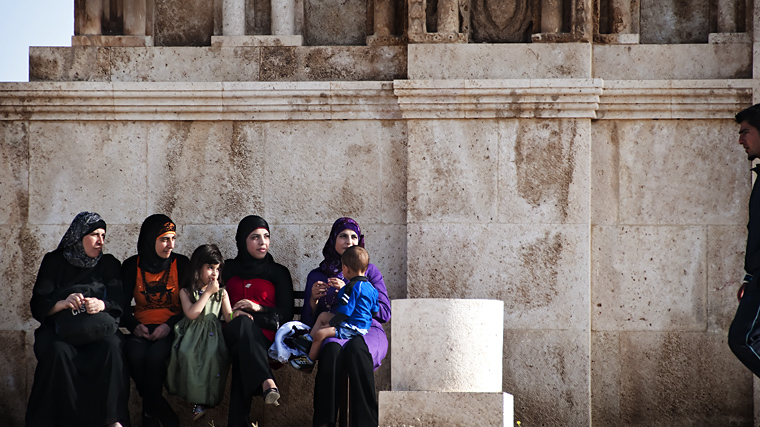 I have not a lot to tell you about this photo except that I’m not quite sure who the man on the right was or what was his relationship with the women on the bench. Whatever it was, all four women (even the little girl!) were following his every move and although I wish I could have captured this shot a couple of seconds later when he was a bit more in the frame I’m still happy with the way it turned out.

On another note,Â those of you who follow me on Twitter will know that, inspired by David Nightingale’s Chromasia, from now on I will be adding a “Show original” button for each of my photographs. It’s located in each individual post right under the photograph. To get this started I have added this button to the previous five images I’ve posted.