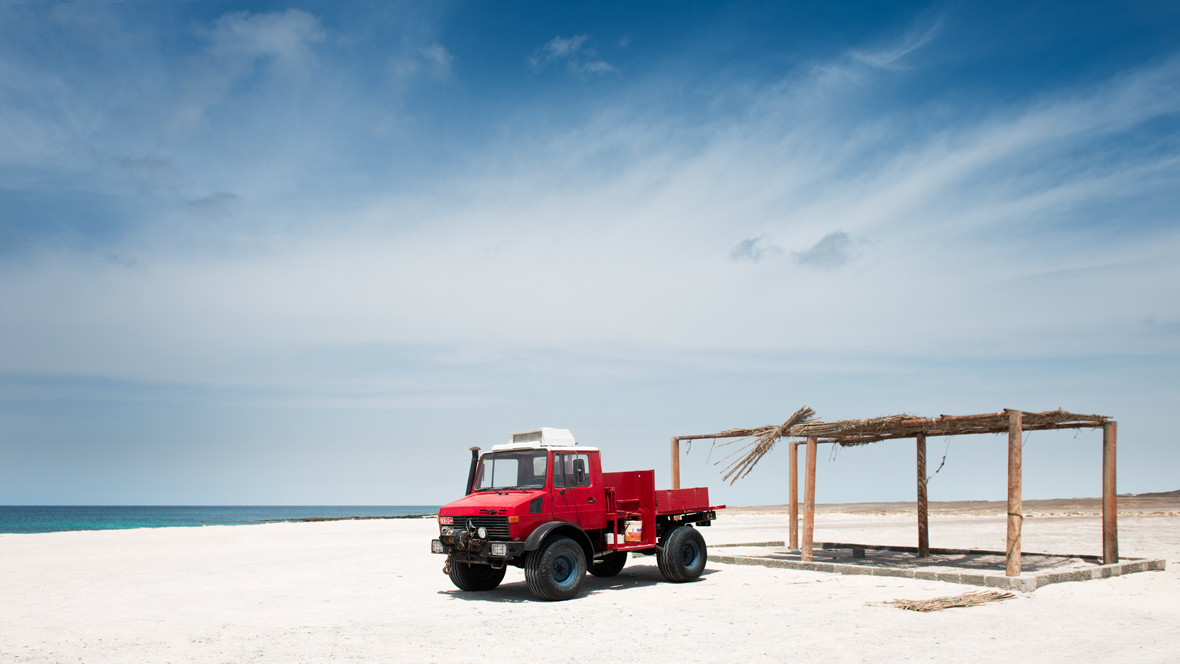 As we were moving around Masirah Island, David, Issa and I spotted at the South of the island this really cool red Unimog, casually parked on the beach and we pretty much stopped straight away to photograph it. For some strange reason, I had an issue with the memory card that morning and I lost all my shots taken there so in the last day, while David and Issa were chasing some other images, I took a quick trip to the same spot to photograph the Unimog again and came away with one shot I quite like. I think I like David’s one more, but overall I think even this image from a bit further away still works.