The stars go round and round 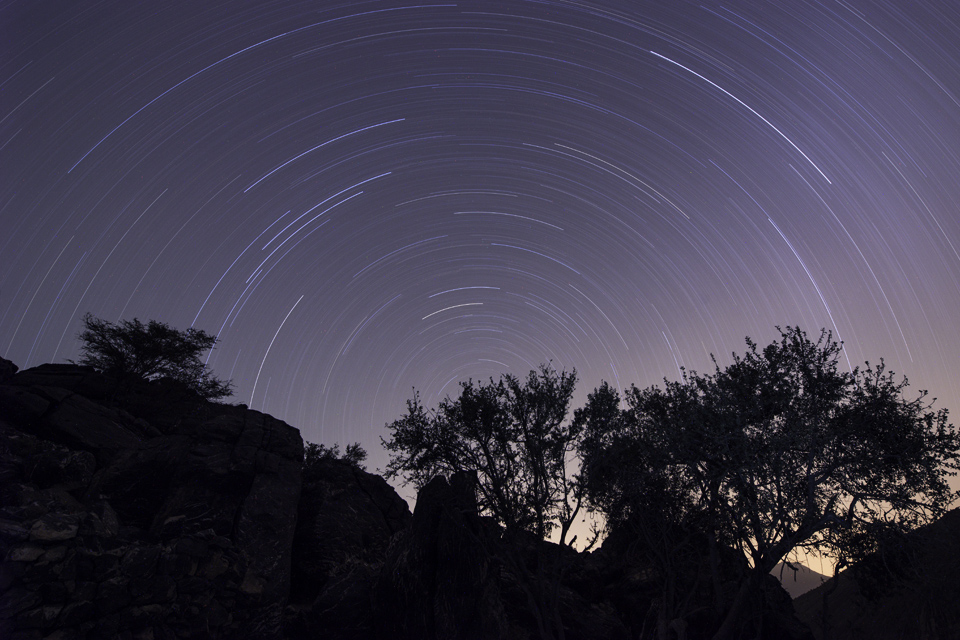 The stars go round and round

As I’ve mentioned in a previous post, last weekend I was camping in the mountains of Oman and as luck would have it, the moon was setting fairly early (around midnight) which made for some good star photography as there was no lightÂ pollution.

The image below was a 2 hours and 8 minutes long exposure and it was taken after I did a few 5-10 minutes test exposures to find out exactly where North was so I can center it in the image. If you’re wondering how I got to the 2 hours and 8 minutes exposure, this is a fairly simple process. I set the camera to the highest ISO (h2 which is the equivalent of ISO 25600) and then took a shot in which I made sure the amount of light was enough to see the stars and a bit of the environment. Once I had those values it was a simple calculation to drop the ISO to 100 (which means a difference of 8 stops) and simply increase the shutter speed by 8 stops which gave me 2 hours and 8 minutes.