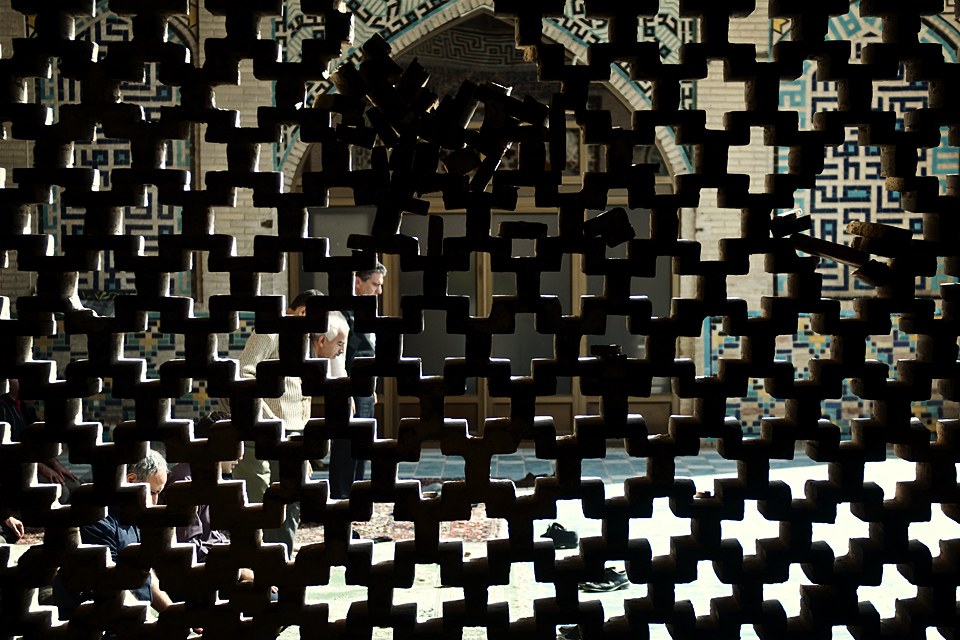 One thing I love about traveling through Iran is the fact that in many places things seem to have stayed just the way they were hundreds of years ago. Take the mosques as an example. They are not just some inaccessible historical monuments, but they are places that are used on a daily basis, places where, as a non-muslim, you can get a glimpse into Islam and its traditions.

The same was the case with the image below. It was taken in one of the many mosques in Esfahan and although the wall is almost crumbling down, I found the whole scene quite charming.