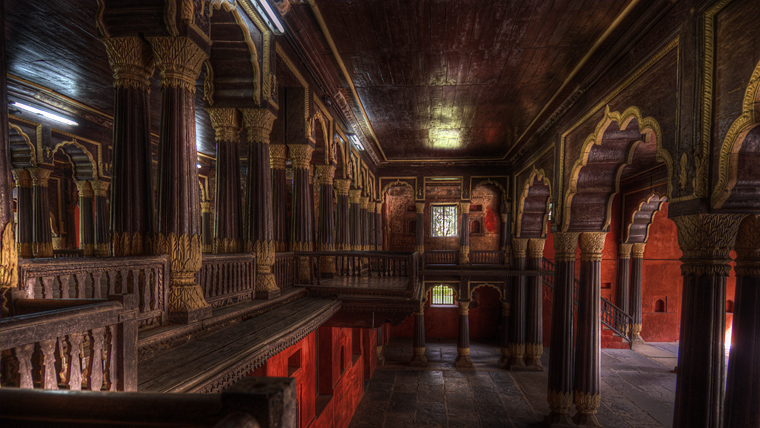 I don’t really have a lot to tell you about this photograph except that it’s of the interior of Tipu’s Palace, a wooden palace that used to serve as the summer retreat for Tipu Sultan. Tipu Sultan was also known as the Tiger of Mysore and he was well known for being aÂ scholar and a poet. He died like a true warrior during the FourthÂ Anglo-Mysore war, defending the capital city of SrirangapattanaÂ in 1799.Â

Tipu’s Palace seems to be one of the less visited sites of Bangalore judging by the complete emptiness of the place when I was there. It’s a shame because I found the little museum to be quite interesting. But I can’t say I’m complaining about this as it gave me plenty of time to set up for the shot below with which I’m quite happy with the way it turned out.