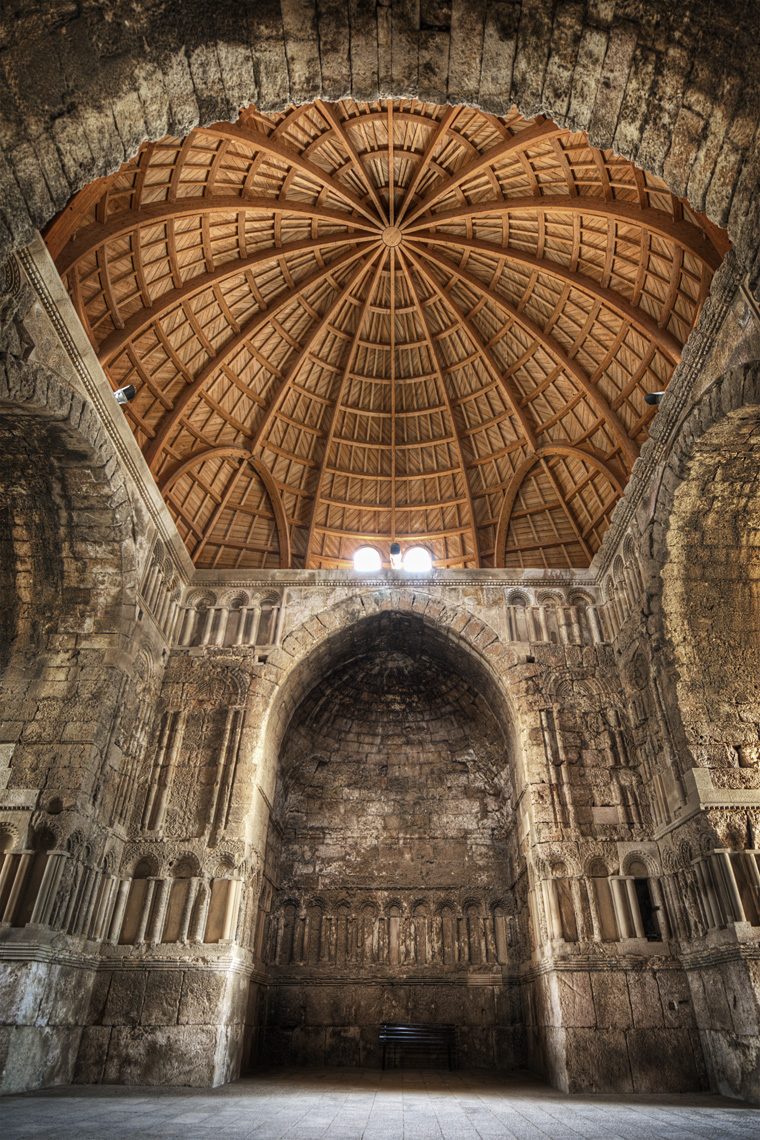 While I was in Jordan last month, I had the chance to spend a couple of days walking the streets of Amman and visit some of the historical sites dotted around the city. One of the more impressive sites is the Citadel on top of the Jebel al-Qala’a. I’ve got quite a few shots to still go through from there, but I thought I’ll post one now from the most impressive building belonging to the Citadel.

It’s the Umayyad Palace, a series of buildings that is believed to be the work of Umayyad Arabs from around AD 720. The photo below is actually of the audience hall within the Umayyad Palace and it’s one of the only structures still standing in the complex. I had to wait for quite a while with my tripod until there were no tourists passing in front of the camera, but in the end I think it was worth it.

On another note, last night I attended Slidefest II, a very cool event organized by Gulf Photo Plus. I was part of the first Slidefest a few months ago and it’s great to see how it has grown. There were some great photographers showing some of their personal work and for a list of their sites have a look here.