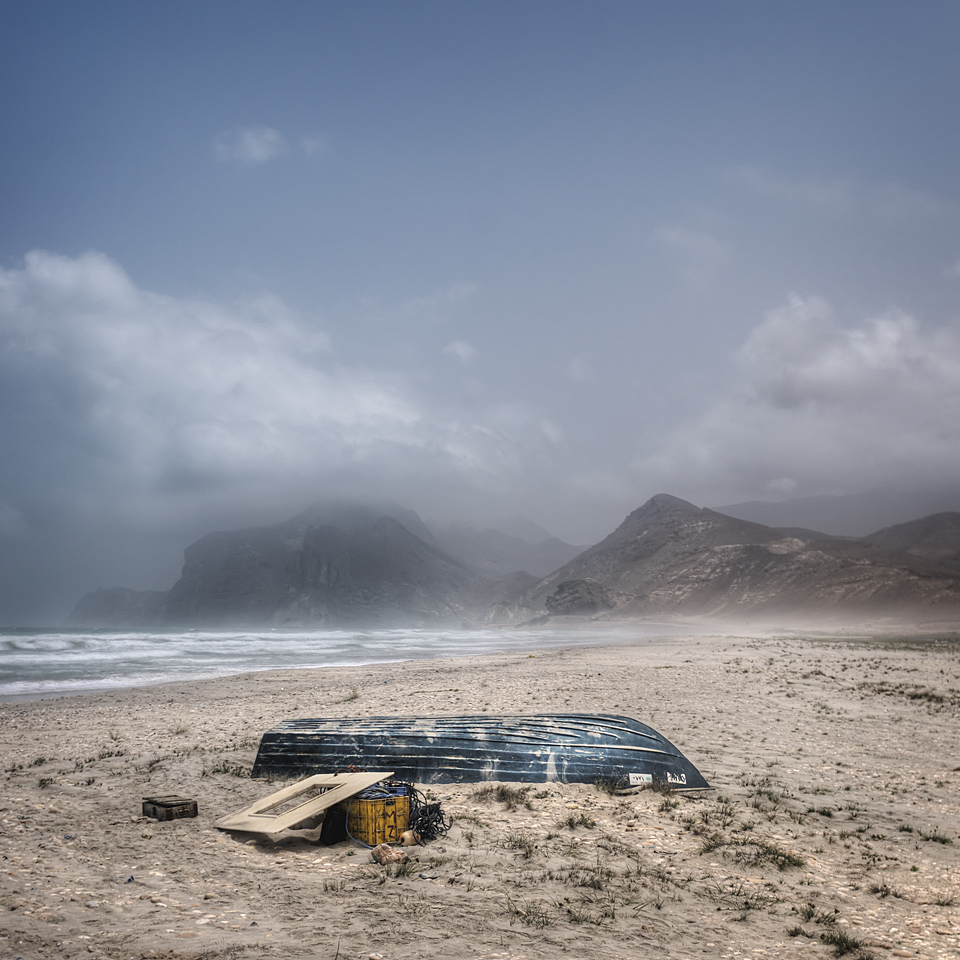 I haven’t posted a square crop image for quite a while now, but lately I’m using Instagr.am a lot (look for momentaryawe if you want to follow) and getting used to posting quite a lot of square photos. Unfortunately it doesn’t work as well on the blog because many of you are viewing it on smaller screens that can’t fit the entire image. If you’re having this particular problem, try zooming out in your browser (CTRL and + or CTRL and – on PCs and APPLE and + and APPLE and – on Macs)

Now to the image… It was taken during my recent trip to Salalah in a place called Mughsail Beach. It’s a very long and beautiful stretch of beach with waves rolling on into the distance. During the summer there is not much fishing going on because of the rougher weather so there are a lot of boats like this abandoned on the beach.

The final image is a combination of 3 bracketed exposures blended in Photoshop. The reason for this was that the day was very humid and the air was not particularly clear. In order to try and get enough contrast in the different elements of the image I had to underexpose the sky quite a lot and overexpose the foreground.