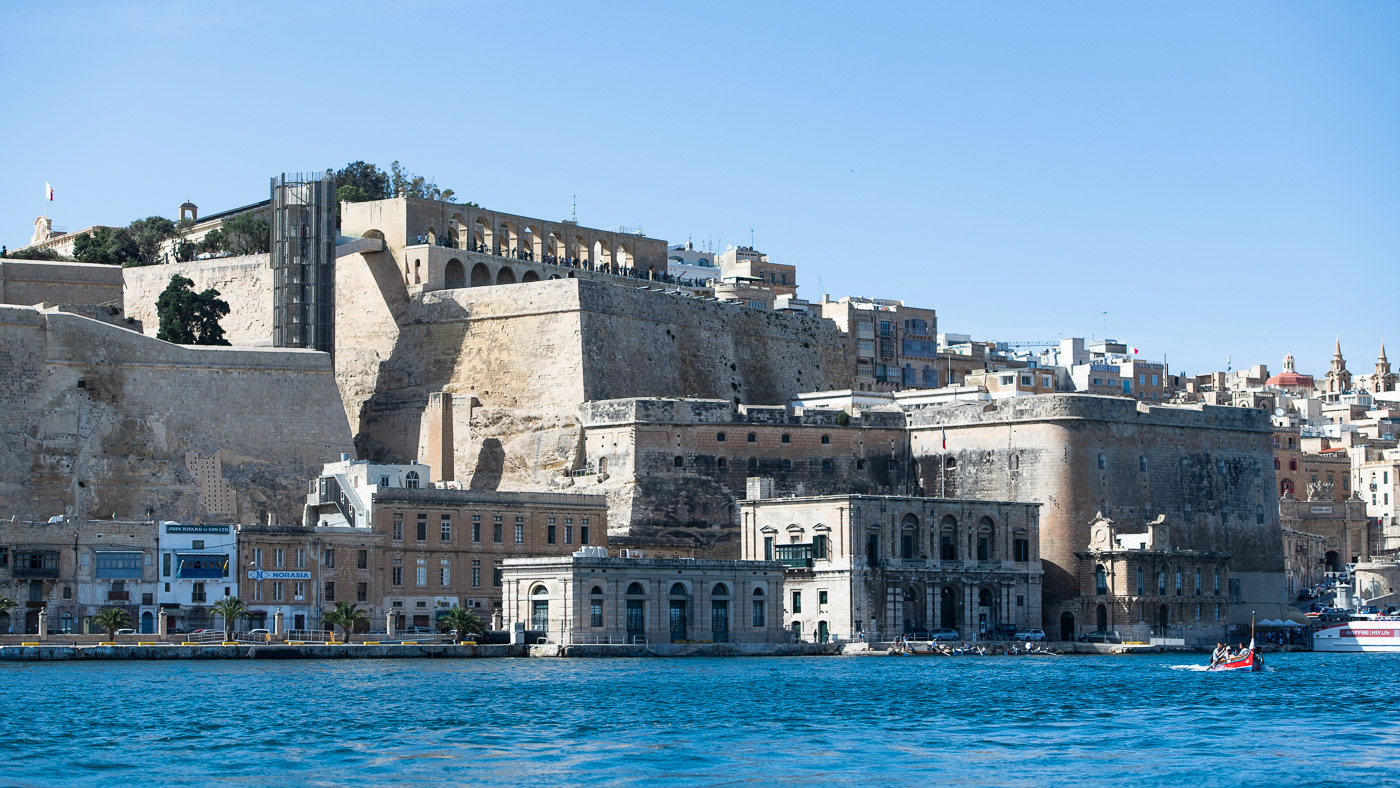 Valletta view with the Upper Barrakka Gardens at the top

The program for the first day was an introduction to Malta’s tiny capital Valletta. Also known as Il-Belt, Valletta is a newer addition to the country with buildings dating to the 16th century. It was built during the Order of St. John. Also known as the Knights Hospitaller. The Hospitallers have a complicated history throughout the region, but in Malta were very well regarded, particularly after they defeated the 40000 attacking Ottoman Empire’s men with only 700 knights and 8000 soldiers. They were helped by the incredible fortifications of the city which proved almost impossible to penetrate. The Hospitallers also did a lot of good in the city, running a 600 beds hospital which treated both the poor and the rich equally. 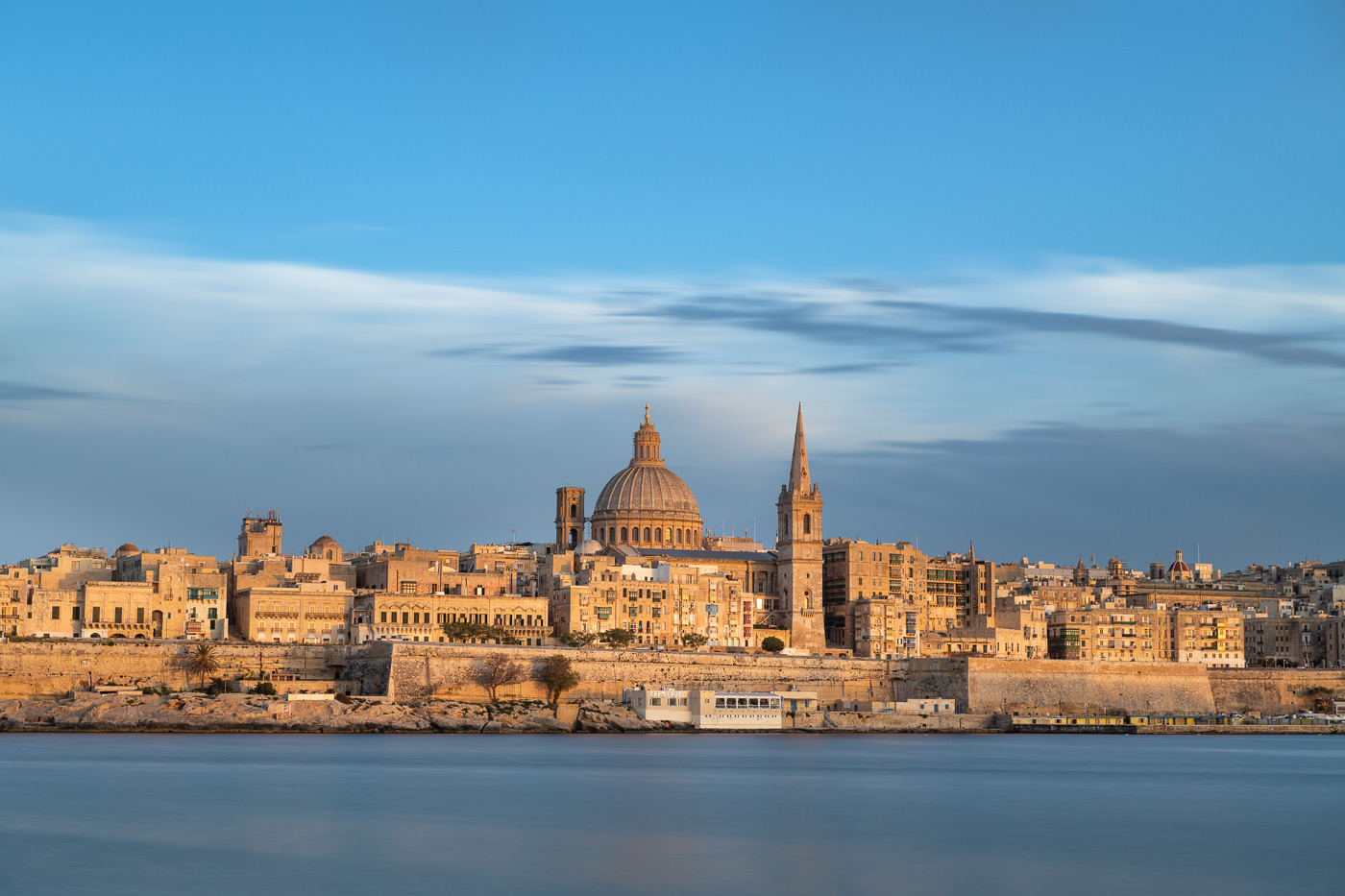 Arriving to Valletta by ferry from Sliena

There are many ways to arrive in Valletta, but probably none of them as spectacular as taking the 1.50 Euros public transport ferry from Sliema. If it wouldn’t be for the modern sounds of the boat engine you could still think you are an explorer arriving at the foot of one of Europe’s important capitals. The walls raise straight up from the sea and you’ll have to make your way up on a steep road just to get to the same level as the capital. This view was so beautiful, I would recommend doing the ferry trip even if you don’t have much time and you just want to go back and forth. Once within the walls, a great place to start in Valletta is the Upper Barrakka Gardens, overlooking the Grand Harbour below. It will give you an idea of where things are and it will quickly make you understand why the city was so difficult to conquer. The actual gardens are quite pretty and like everything else in Malta have a long history, being built in the 16th century on top of the St.Peter and Paul Bastion. If you happen to pass by close to the Barrakka Gardens at noon or 4pm, you will hear a very loud bang – this is the traditional firing of the canon. In the old days this was used so that sailors around the harbour could set their watches. 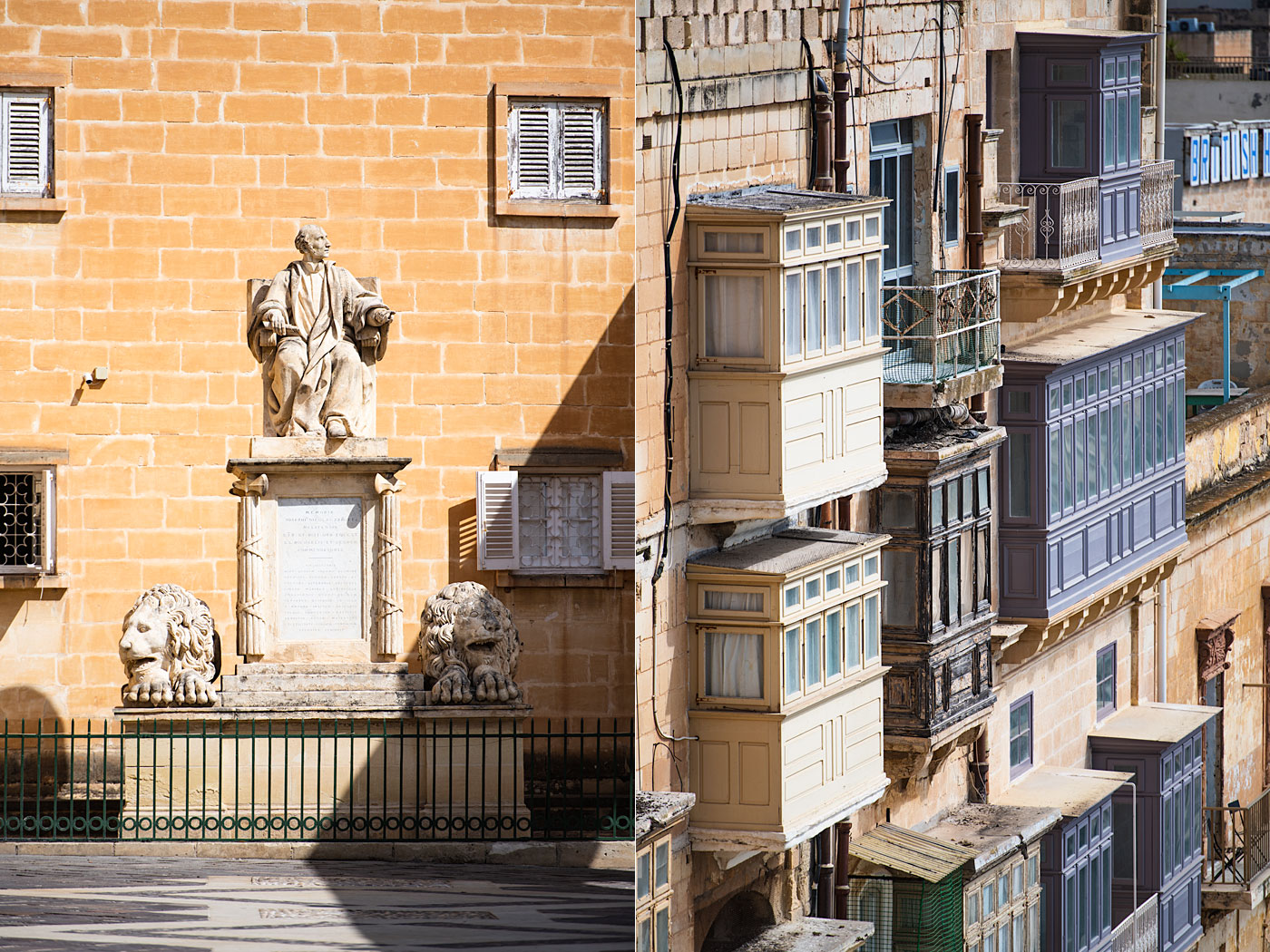 Views from the Barrakka Gardens

One unmissable highlight of Valletta is the St. John’s Co-Cathedral, a beautiful church built between 1573 and 1577 during the reign of Gran Master Jean de la Cassiere. If you’re walking around the outside of the cathedral, you would be forgiven for not giving much thought to paying the entrance fee to get in. But don’t be fooled by the apparent lack of decorations on the outside – the inside is an absolute work of baroque art with intricate details and symbolism. The cathedral is also host to two beautiful Caravaggio paintings and if you love photography, you will love these paintings as Caravaggio was a master of using light in his paintings to highlight important details. 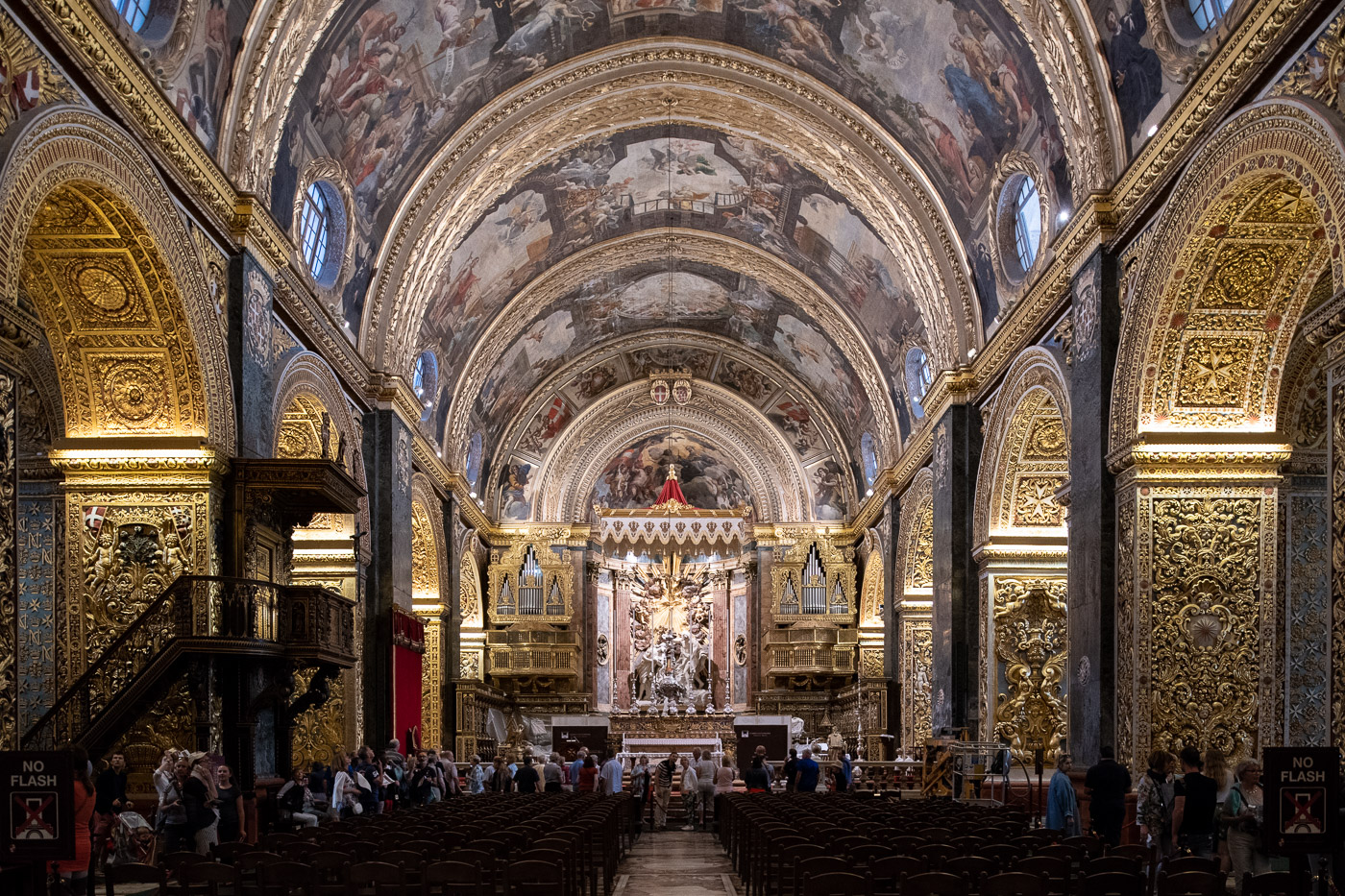 There’s plenty more to see in Valletta and in the next post I’ll tell you a bit about some modern architecture as well as a very cool place to stay right in the heart of the city. 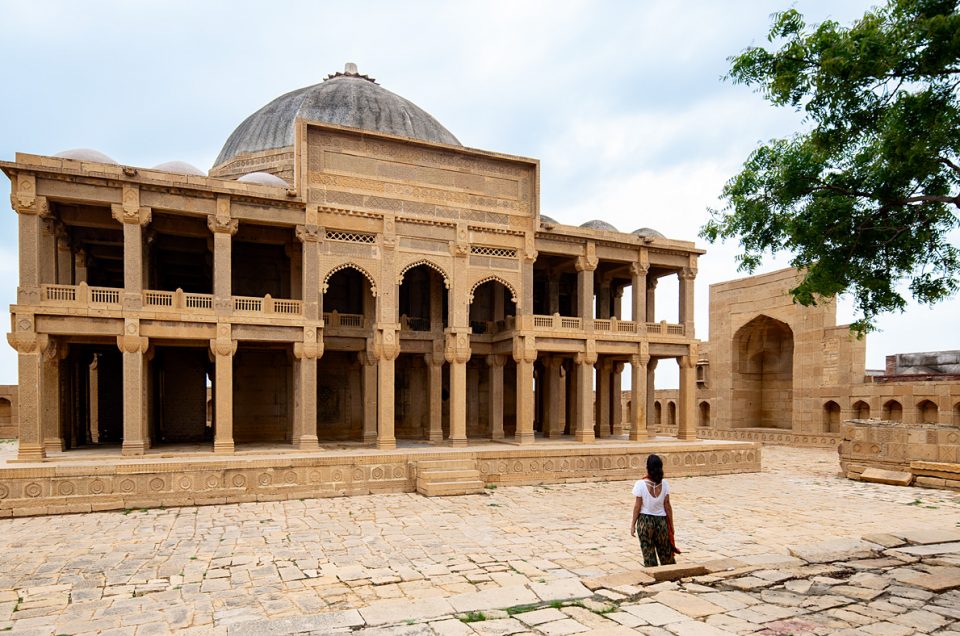 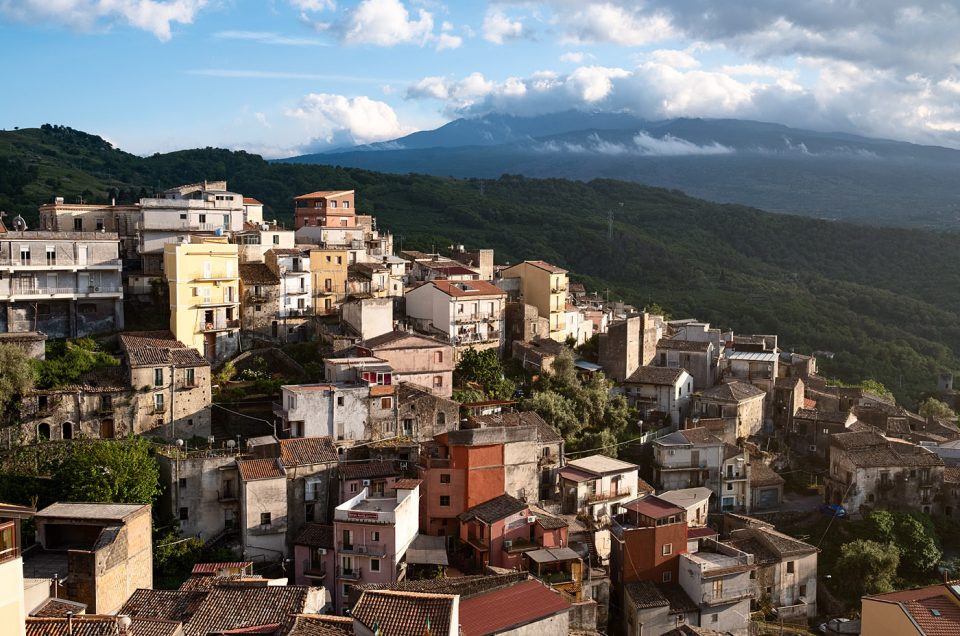 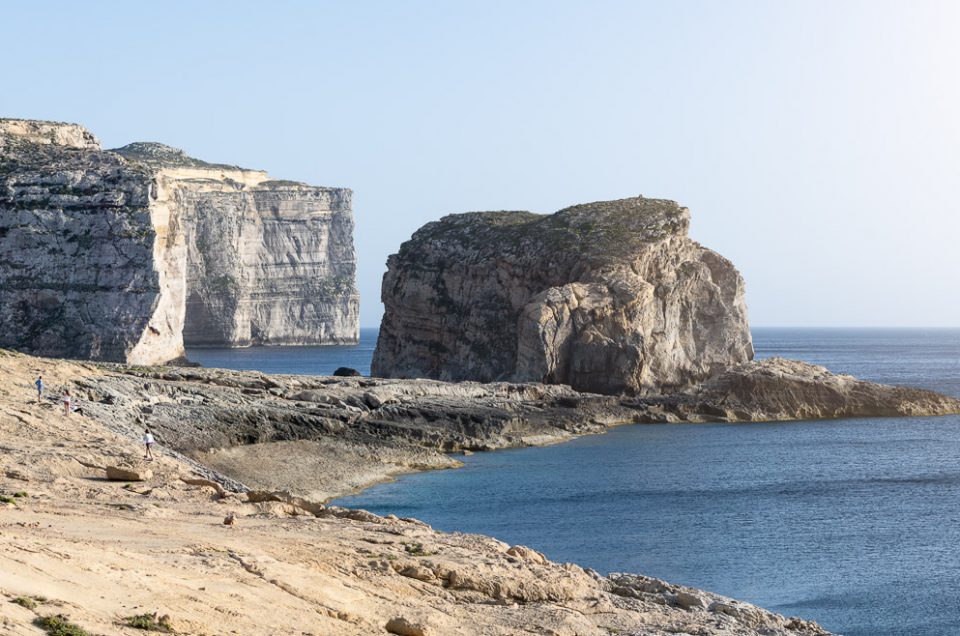