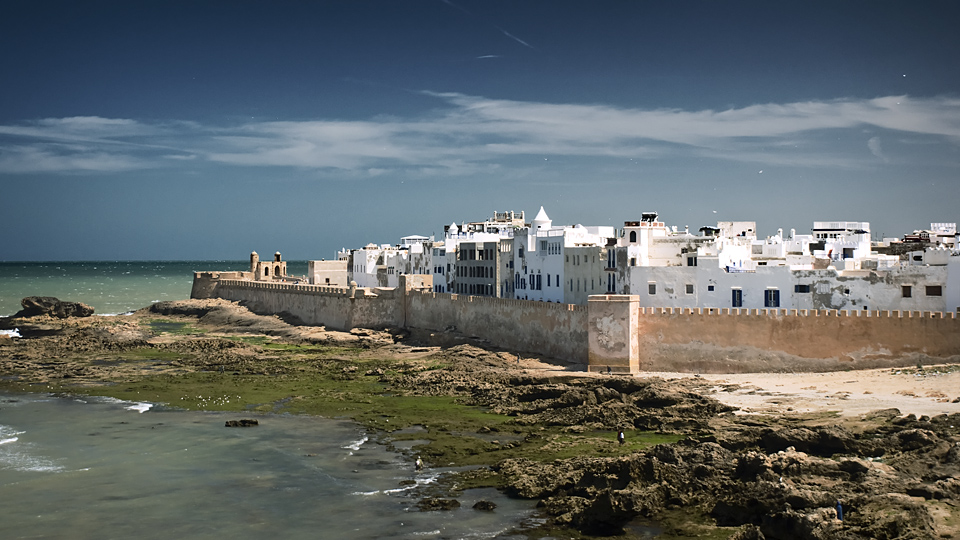 Just so I don’t bore you with too many shots in a row from Iceland, I thought I’ll break up the series again with a photograph of Essaouira, a beautiful Moroccan walled city on the coast of the Atlantic. Essaouira must be one of the most chilled out places I have ever been to, where time just seems to stand still and where it would be very easy to spend a few months doing nothing but eating Couscous and Tagine and admiring the beautiful sunsets.

I took the shot below from the harbour wall and in terms of post-processing I only added a few curves for contrast (one for the sky and one for the foreground) and a selective colour layer to turn the blue in the sky slightly darker.