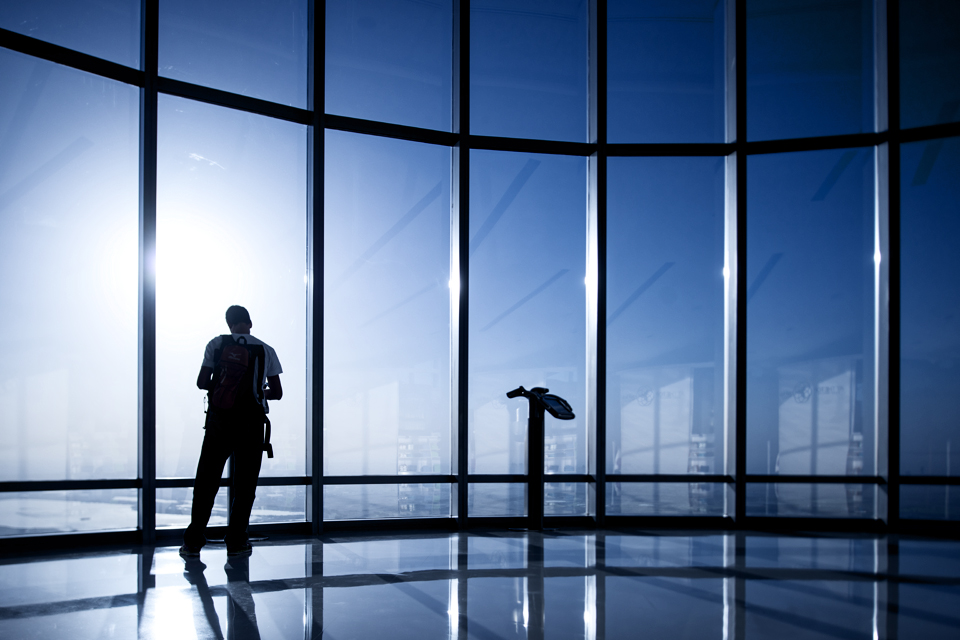 Late last night (actually it was way too late!), I had a crazy idea about going early this morning to the observation deck at Burj Khalifa to capture a timelapse for an ongoing project of mine and also maybe shoot a couple of images at a time of day I have not experienced before at this height.

I didn’t want to focus so much on capturing the usual “looking down into the city” type of angle and I spent a couple of hours there just looking around trying to see new angles. I was playing mostly with my 24mm tilt-shift lens and just when I was about to go down, I remembered taking this shot a while ago and wondered if I could capture something similar or better during the day. My aim here was to show the massive space available in the observation deck with all these huge floor to ceiling windows shining brightly into the morning sun.

On another note, if you want to see some more of my interior work, I have just updated the interior section of my portfolio with some recent images. Also, starting either this week or next I will try to post one image per week that was shot for a commercial job and take you through the setup and give you a little bit of a behind the scenes tour.