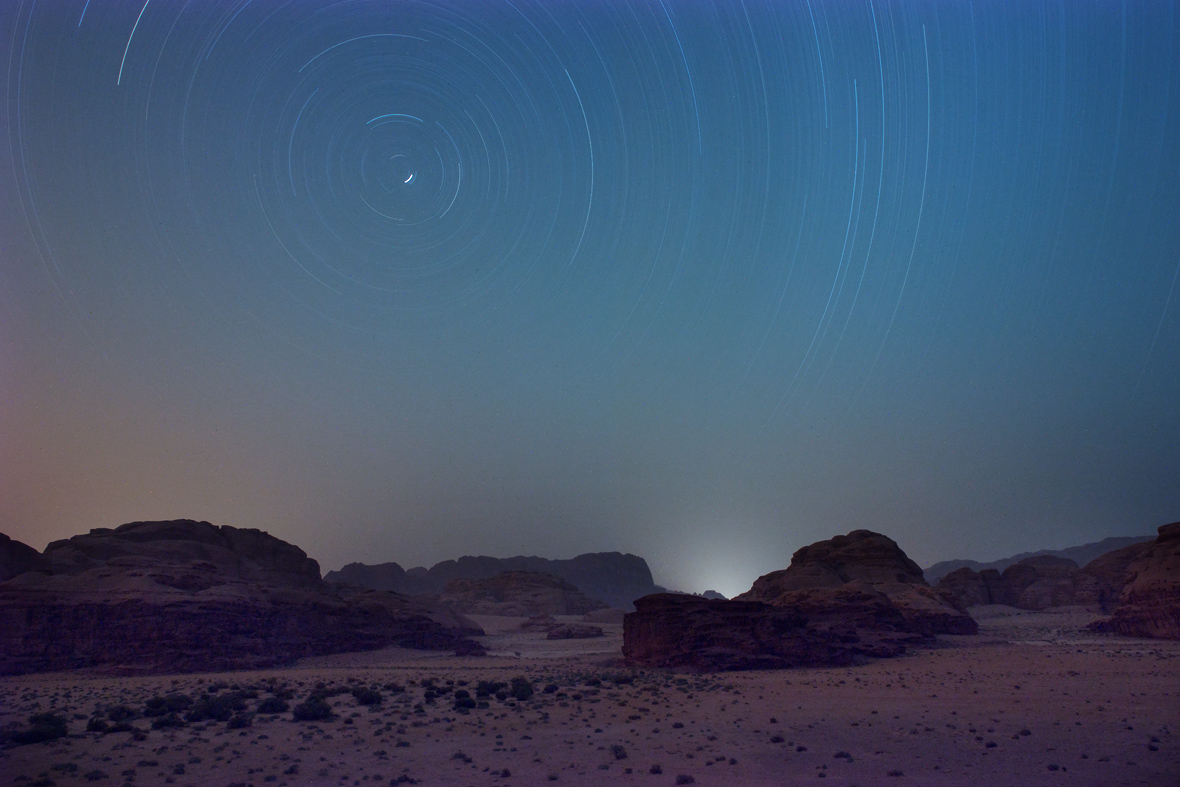 As you’ve probably noticed, the blog updates this past week have been completely lacking as I spent a few days traveling through Jordan and enjoying a couple of relaxing days at the Dead Sea.

I’ve got quite a few shots to post from both Petra, which although I visited for the second time, I still love, and Wadi Rum where I was for the first time. The highlight of the trip was a night spent sleeping under the stars in Wadi Rum. You basically spend a whole day going around in the back of an old Toyota truck through the dunes and incredible rock formations and then camp out for the night while having some traditional Bedouin food and watching the stars rotate above your head. Unfortunately it was a very hazy day because of a recent sand storm in Saudi Arabia so photographically speaking things could have been a lot better. Despite of this, I still managed to come out with a few shots I like, including the one above, a four hour exposure taken while I was sleeping. I set the camera up just before going to bed making sure I got my exposure calculations right (for more on exposing the night sky, read this short tutorial I wrote a few weeks ago) and then hoped for the best as I woke up in the morning.